Mr. Bean (born 15th September, 1955) is the titular protagonist of the comedy franchise with the same name and, although he is often an amoral and selfish character, he has sometimes acted as a hero due to the fact that when his antics go too far Mr. Bean often goes to great lengths to undo them and help people in need (partly due to the fact he is often the one responsible for their plight).

He also has a girlfriend named Irma Gobb, but she can gets frustrated with him at times due to his behaviour. One Christmas, she tried to hint for him to get her an engagement ring, but he instead got her picture of someone wearing an engagement ring.

He was portrayed by Rowan Atkinson, who also played Edmund Blackadder, Zazu, and Johnny English.

Mr. Bean lives alone in his small flat in Highbury, North London. He's almost always seen in his trademark tweed jacket and skinny red tie. Mr. Bean rarely speaks, and when he does, it's generally only a few mumbled words, which are in a comically low-pitched voice. He's been shown in the first episode to have studied trigonometry but not calculus.

His ingenuity often leads him to finding ridiculous and impractical solutions to these problems (such as painting a room by putting fireworks into a paint can). Bean will often get confused at the world, not understanding what's going on. He's also quite selfish - if someone is doing something he doesn't like, he gets very agitated. He also doesn't like people taking his things.

Mr. Bean often seems unaware of basic aspects of the way the world works, and the program usually features his attempts at what would normally be considered simple tasks, such as going swimming, redecorating, or going to church. The humor largely comes from his original and often absurd solutions to problems and his total disregard for others when solving them, his pettiness, and occasional malevolence. He acts silly often.

At the beginning of episode 2 onwards, Bean falls from the sky in a beam of light, accompanied by a choir singing Ecce homo qui est faba (Behold the man who is a Bean). These opening sequences were initially in episodes 2 and 3, and they were intended by the producers to show his status as an "outcast cast into the spotlight".

However, later episodes showed Mr. Bean dropping from the night sky in a deserted London street against the backdrop of St. Paul's Cathedral. Rowan Atkinson himself has acknowledged that Bean "has a slightly outcast aspect to him".

Mr. Bean is often portrayed as a buffoon, a simpleton, delusional, immature, and in a world of his own, whose thoughts processes and strain of logic, while often effective, are incredibly strange. Whenever life throws an obstacle or hurdle at Mr. Bean, he will always overdo his countermeasures to deal with it, concocting bizarre and convoluted methods of dealing with even the simplest of life's little problems. He is obnoxious, crazy and sometimes seems stupid. Though on the contrary, Mr. Bean is shown to be an intelligent man, but his cleverness is difficult to spot under his odd mannerisms, and general immaturity. Mr. Bean rarely speaks and when he does, only a mumbling voice comes out. He doesn't show much care to his girlfriend which was proven in many episodes. Mr. Bean often pretends his teddy is real but he doesn't always treat Teddy nicely. Mr. Bean is also a pain to the Reliant Regal in loads of episodes becoming a running gag in the series. In some occasions, Mr. Bean can be kind. He also tends to hate Irma kissing him, and views her more as a friend than partner. However, he gets angry when a restaurant musician starts dating Irma, which shows that Mr. Bean does love Irma. He exhibits various traits and mannerisms which suggest that he has combination of various mental disorders:

Attention-Deficit/Hyperactivity Disorder (ADHD): Mr. Bean is impatient, wayward, and often has temporary, but intense interests in various things. He tends to fidget and become restless and irritable if forced to sit still for any extended period of time. He also sometimes struggles to concentrate.

Asperger's Syndrome: Mr. Bean exhibits a few traits linked to it, such as a hatred of physical contact, poor social skills, and the fact he seldom speaks.

Peter Pan Syndrome: Mr. Bean likes playing with toys, reading comic books, sweets, and is very immature, petty, and insecure. In many ways, he has the intelligence of an adult but the emotional stability of a toddler. 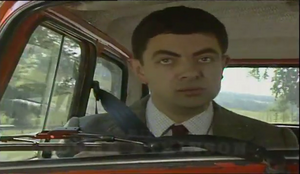 Mr. Bean in his car 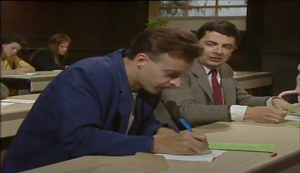 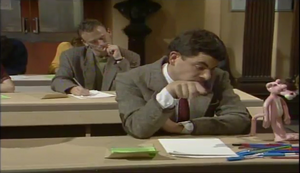 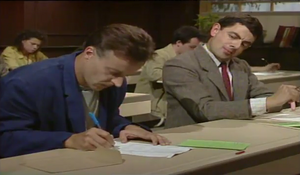 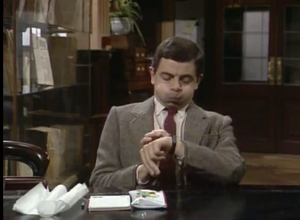 Mr. Bean holding his breath in The Library. 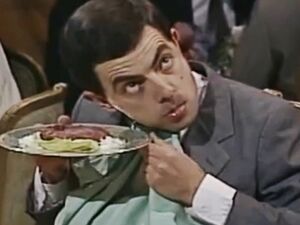 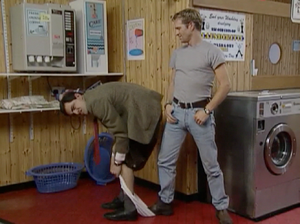 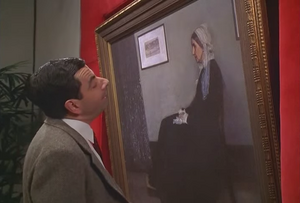 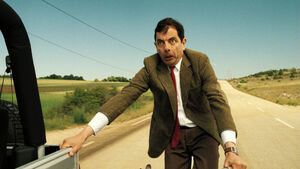 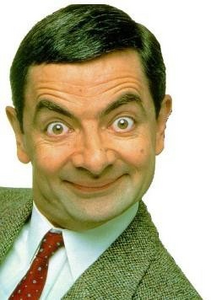 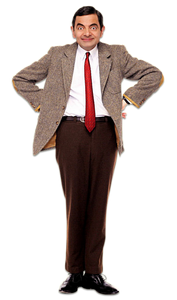 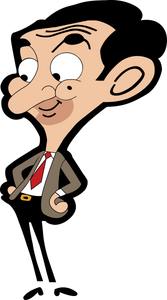 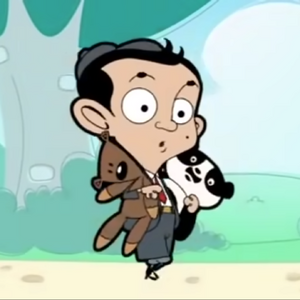 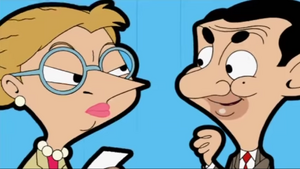 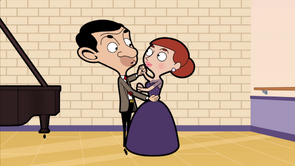 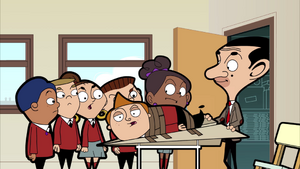 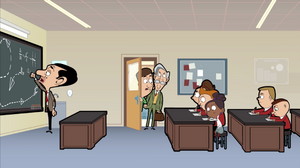 Mr. Bean teaching in "Back to School". 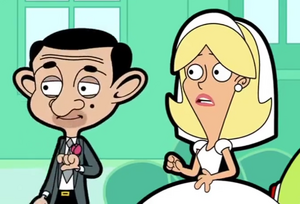