Mr. Feng is the deuteragonist of The Nut Job 2: Nutty by Nature. He is Chinese-accented territorial leader of a gang of white street mice, who hates being called cute due to his small size and big eyes.

He is voiced by movie martial arts legend, Jackie Chan.

Mr. Feng and his fellow mice once lived in an unnamed park, until Mayor Muldoon decided to turn the park into a golf course for profit. He and his friends were soon forced out of the park and into China Town to hide. There he and his friends learned Kung Fu in order to become stronger and be able to protect their new home.

He doesn't like to be called "cute". While he looks friendly and harmless, in reality he's a strong, and merciless mouse willing to hurt anyone who trespasses on his turf, especially park animals. His only known fear is cats, as Surly scares him by shouting "Cat!" to have Feng and his army scatter to help Surly and Buddy escape.

He is a small white mouse with big blue eyes. He also has a very long pink tail.

Surly and Buddy end up going through China Town while trying to find the Mayor's house to rescue Precious from Heather. They take what Surly believes is a short cut only to find out it's a dead end and out comes Mr. Feng. He's appearance makes them believe that he's friendly and Surly states he's a "cute little guy". This makes Feng angry enough to grab Surly and throw him in to the ground and then up against a wall, afterwords saying "Don't call me cute!".

They soon learn that he was cursed with big adorable eyes and a fuzzy little body but he's a weapon of mouse destruction and not to be messed with. He makes his point clear by using his "one/sixteenth of an inch punch" on Surly when he calls Feng cute again and calls his army as backup. When Feng gives them a chance to say their last words, Surly shouts "Cat!" knowing that mice are afraid of them as a distraction to escape Feng's wrath. When he realizes it was a trick, Mr. Feng and his army chase after them as Buddy tries to catch up to Surly on the back of a taxi. Feng fails to catch the pair and as they escape, he gives them an ominous warning stating that if they should return to the city, they would be killed.

When Surly goes to Mr. Feng for his help in taking back Liberty Park, Feng starts hurting Surly almost immediately after he calls him cute once again, showing that he can be very violent when he needs to be. Surly learn he was at one time very happy living as a park mouse in an unnamed park, but when the mice were forced to live in the city by Mayor Muldoon and lost everything, he and his friends turned "from cute and peaceful to armed and dangerous". Surly explains that Muldoon is doing the same thing to him and his friends that Muldoon did to Mr. Feng and his army, making him realize that they're all animals and that they're in this together to defeat Muldoon and take the park back. This proves to be effective on Mr. Feng (as he's strangling Surly with his tail) because he ends up showing mercy on him after Surly says to go ahead and kill him, because without his friends, he has nothing to live for.

This causes Feng to spare him, and agree to help. Surly and the mice free the animals, and round them up to take back Liberty Park. They manage to overwhelm the humans, destroy all the rides, and attract the attention of the police.

Surly causes Muldoon to fall on top of a bouncy house, and get attacked by Feng and his colony. Muldoon, Heather, and Gunther are arrested for their crimes, and Libertyland is shut down for good.

Several months later, the people help rebuild Liberty Park to its former glory. After the park is rebuilt, Feng and his colony decide to stay in the park, and focus on Tai Chi. 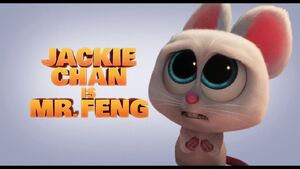 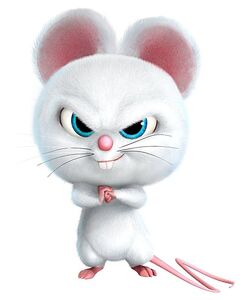 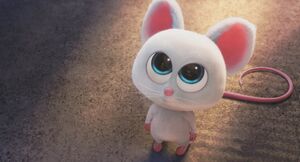 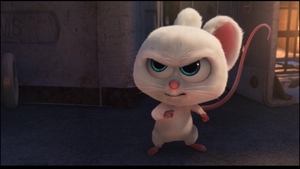 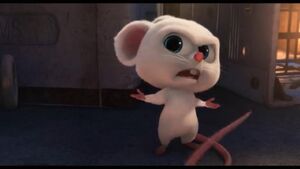 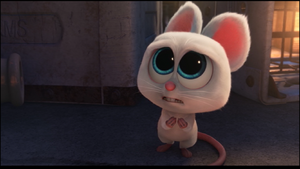 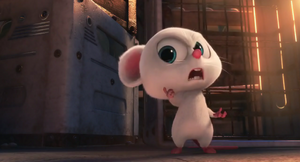 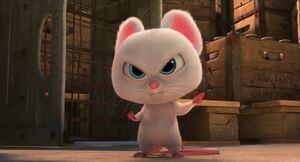 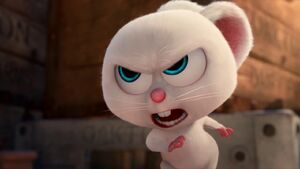 Feng with his mice gang 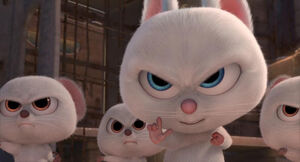 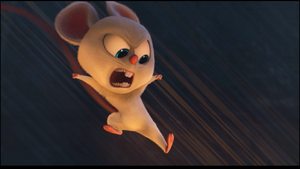 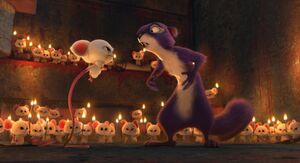 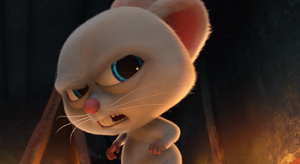 Why are you here? 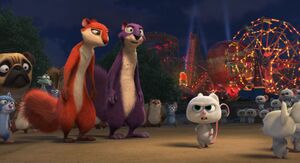 Feng tells everyone that there all in this together 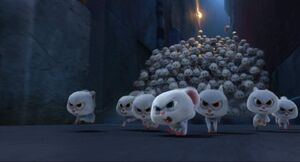 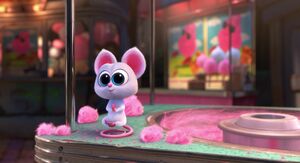