Mr. Whiskers is the titular deuteragonist of Brandy and Mr. Whiskers. He is a 7-year-old white lop-eared rabbit who hasn't had very many friends during his lifetime. On an initial observance of Mr. Whiskers, one would perceive him as a silly, sloppy, smelly, gross, hyperactive and overall annoying pest. After further observance of Mr. Whiskers one would notice that he is actually intelligent with a fairly large vocabulary, which is exhibited at special moments. He is also very loving and caring, but he can be clumsy and clueless at times although he is arrogant and naughty. He can be selfish, short-tempered and cranky. When he first met Brandy, he was on his way to a zoo in Paraguay where he was going to be sold for 39 cents, though he soon made a mistake that caused the two of them to fall into the Amazon Rainforest (when Brandy told him turn to on the light switch, he accidentally opened the Emergency Escape Hatch). While Brandy often is embarrassed by his antics, Whiskers does his best to help out Brandy and he does cherish his friendship with her, though she doesn't always feel the same way. Brandy didn't hate Whiskers. She just gets annoyed by him. Brandy and Whiskers are like brother and sister and she gets irritated by his annoying and never-going-away kind of attitude. Mr. Whiskers' other best friend is Ed, a river otter whom he often spends his time with. He is often seen in an orange jumpsuit. Some characters such as Brandy just call him "Whiskers". 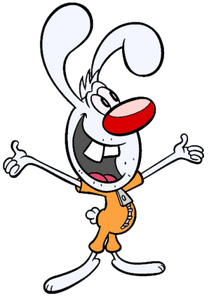 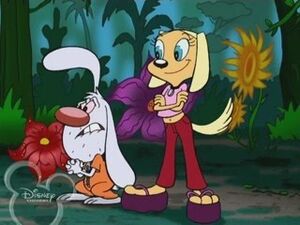 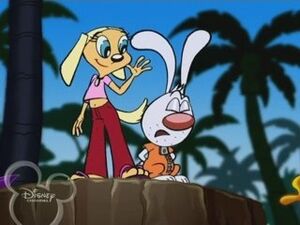