Being with her boyfriend, later husband, Goofy

Mrs. Geef, also known as Mrs. Goof, was the dead wife of Goofy and late mother of Max Goof. She was voiced by the late June Foray.

While her face was hidden from the viewers, her red hair was shown and her voice was heard. She appears to be slender and rather tall, with light fair skin similar to Goofy's muzzle where the whiskers extend outward. Not much is known about her, except for the fact that she was nearly as goofy as her husband Goofy and known for her undesirable driving skills.

She has apparent strength.

She first appears in the short, Cold War. She has appeared in other shorts as well. 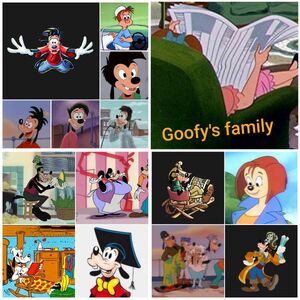 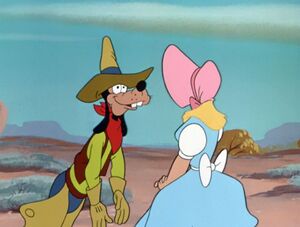 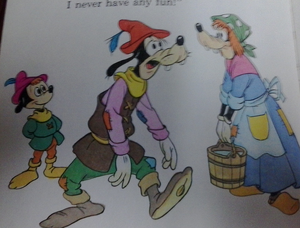 Add a photo to this gallery
Retrieved from "https://hero.fandom.com/wiki/Mrs._Geef?oldid=1799851"
Community content is available under CC-BY-SA unless otherwise noted.