Mrs. Potts is the third tritagonist from Beauty and the Beast and its midquels. She is the mother of Chip who was turned into a teacup. She is voiced by Angela Lansbury in the 1991 film, who also played Jessica Fletcher, and by Emma Thompson in the 2017 film who also voiced Captain Amelia and Queen Elinor.

Mrs. Potts is very motherly in nature, which befits her as she is mother to the teacup Chip and his other brothers and sisters. As the castle's head housekeeper, she has a very strict sense of responsibility. Often she is kind and consoling, but can be stern when the situation calls for her to be; out of all of the Beast's servants, she is the one who will most likely confront him about his behavior when he is in a temper (depending on how extreme the Beast's mood is).

Mrs. Potts is a servant to Prince Adam (The Beast) who treated her and the other servants coldly one night an old woman came to the castle and offered a rose in exchange for shelter from the cold. The servants presumably watched the Prince cruelly shutting the doors in the woman's face. However the woman revealed herself to be a powerful enchantress who felt the Prince's rudeness and arrogance and had no choice but to transform him into a beast. The servants were also hit by the curse becoming sentient household objects. Mrs Potts, Chip and her other children became a sentient teapot and sentient teacups. 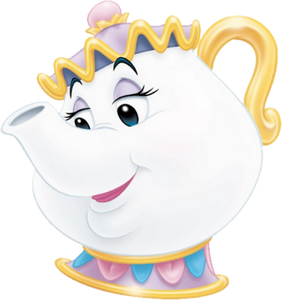 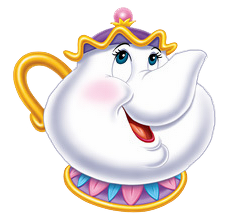 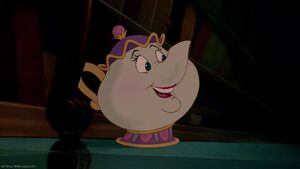 Mrs. Potts in the original film

Mrs. Potts and the enchanted objects driving out the villagers to protect the Beast 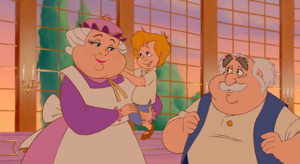 Mrs. Potts as a human, with her son Chip, and Maurice, Belle's father 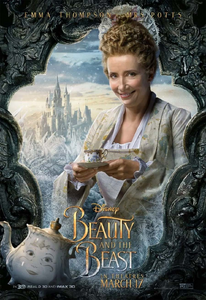 Mrs. Potts, portrayed by Emma Thompson, in the 2017 live-action remake. 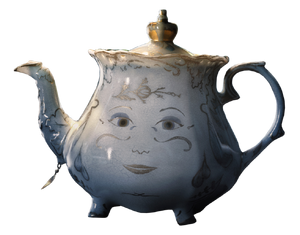 A Transparent photo of Mrs. Potts from the 2017 live-action remake 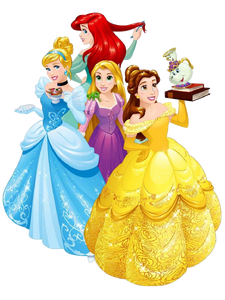 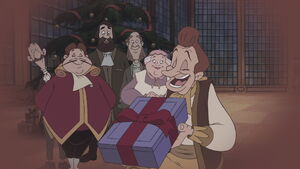 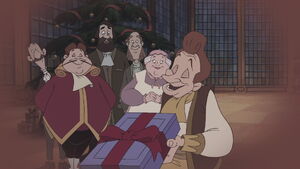 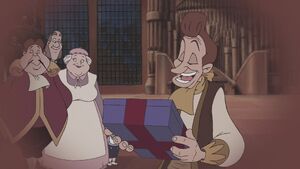 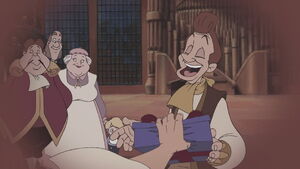 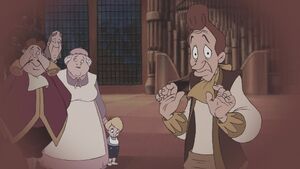 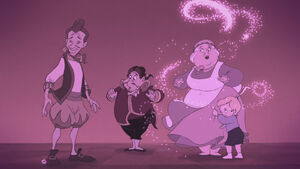 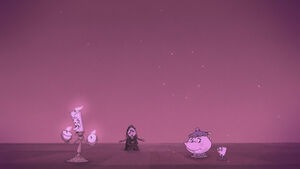 Retrieved from "https://hero.fandom.com/wiki/Mrs._Potts?oldid=2168559"
Community content is available under CC-BY-SA unless otherwise noted.