Heroes Wiki
Register
Don't have an account?
Sign In
Advertisement
in: The King of Fighters Heroes, Female, Chopsocky Heroes,
and 26 more

Mui Mui is one of the main protagonists in Dragon Gal video game series.

Mui Mui is the last successor of the Chinese Dragon martial arts. With her ancient dragon blood, she can become her adult self.

In KOFXIV, Mui Mui joined the King of Fighters tournament as part of a secret treasure that seeks to have extraordinary power.

Mui Mui is always looking for gems with mysterious power.

In fact, she thought she was the second Li Xiangfei. Another SNK Pachinko gal has joined to KOF. Mui Mui's fighting spirit and cute factors are well portrayed in the game. She punched a little chick and attacked it from some very interesting angles through her special moves. In addition, any fighting game character that has a friggin dragon in the super action will get a cool score.

Mui Mui has an angry element in the gameplay, but it's not as over-exciting as some other anime girls. Mui Mui's overall fighting style is well balanced and well thought out. Her clothes are weird, but this is only complaint about this design. Other than that, I would be happy that she appeared in the future KOF competition (although I doubt it). 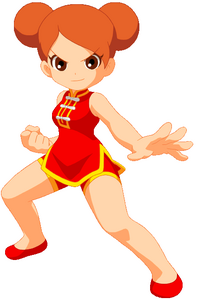 Mui Mui in Souryu no Tatakai. 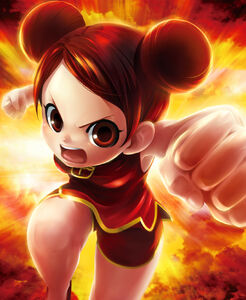 Mui Mui in The King of Fighters XIV. 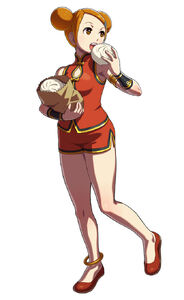 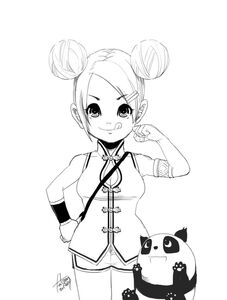