Be with Shido
Stop Isaac Westcott
(all succeeded)

Mukuro Hoshimiya is a major heroine in Date A Live franchise who is first appears in Volume 14.

She is the tenth Spirit to appear in the series and had locked away her emotions and secluded herself in space until she was approached by DEM and retaliated by sending the warships's debris across the globe.

Mukuro was a lonely child growing up in her life with no family. She thought that people were blessed with a family is special, and thinking she could not be special. But one day, she was adopted by a couple that wanted a child. The couple and the older sister would became a family to Mukuro. She lived in a perfect happiness under the kindness of the family. Mukuro’s adoptive sister would complement her hair while styling it. However, one day she and her sister visited Tenguu Tower. Her sister brought along a friend, who said that Mukuro needed to cut her hair. She felt hurted by this on how her sister had changed, she then started to think that her sister had loved her friend more than her.

While she started to panicked over the situation, Phantom approaches her and gives her a Sephira Crystal containing an angel named Michael. With this power, she locked the memories of every being of her family so that they would only lover her. However, her family rebuked her in return angrily. Mukuro was terrified that she obtained an unfathomable power from her family. She was unable to handle of learning and losing the quality state from her family. So she decided to sealed her own memories and heart before going into space. This caused her to become an emotionless person, who was fine living in outer space, not wanting to be disturbed.

While Mukuro was drifting in outer space, her slumber was interrupted by DEM’s three warships and army of Bandersnatch units to capture her. Mukuro summons her angel, Michael, and takes down the trespassers that tried to capture her. The warships starts their magic and launch cannons at her. But Mukuro opens up a wormhole which redirects the attack towards the DEM ships. She sends the warships to 42 different locations in the world.

Mukuro in her normal form. 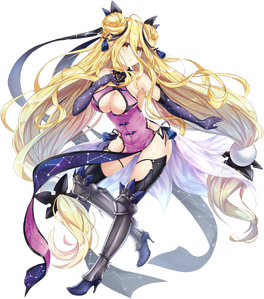 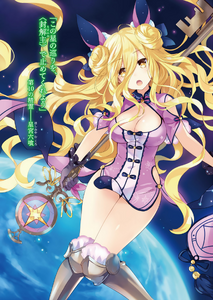 Mukuro on the cover of Volume 14. 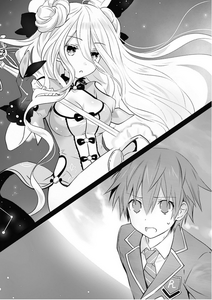 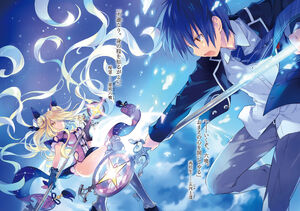 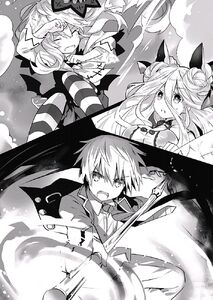 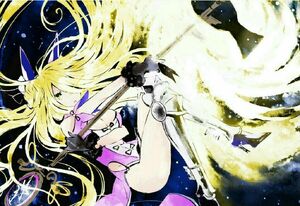 Mukuro with her Angel in space. 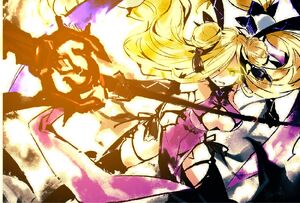