Pokémon The Series: Ruby and Sapphire

Unknown
Munchlax is a Normal-type Pokémon from Generation IV. It evolves into Snorlax when it has a strong friendship with a Trainer.

Munchlax is a teal-furred cat-like Pokémon. It has a large teal spot on its chest, and its chin and feet are also teal. The fur around its bottom half has spiked ends, making it somewhat resemble a dress. Its eyes are oval-shaped with small black pupils. Its feet have dark brown paw pads and three clawed toes. Two of its teeth are always outside of its mouth, even when its closed, and it has large pointy ears.

Munchlax are known to be hyperactive and will travel nearly anywhere to find food, which they store within their long fur, although they sometimes forget about the food they hid away. They are also gluttonous and and have a stomach that allows them to eat practically anything, including spoiled food, and are able to eat multiple servings of food without chewing.

In the fourth generation of Pokémon games (Diamond, Pearl, and Platinum), Munchlax can be found by slathering Honey on a Honey tree. In the double battle with Barry against Team Galactic Commanders Mars and Jupiter on Spear Pillar, he will have a Munchlax on his team, which has evolved into a Snorlax by the time the player challenges him before going up against the Sinnoh Elite Four.

In HearthGold and SoulSilver, Munchlax can only be obtained through breeding with a Snorlax holding a Full Incense, or in Quiet Cave or on Winner's Path with the Pokéwalker.

In Black and White, A Cinccino can be traded to an NPC in Undella Town for a Munchlax.

In Black 2 and White 2, Munchlax can only be obtained through breeding with a Snorlax holding a Full Incense.

In X and Y, Munchlax can only be obtained through breeding with a Snorlax holding a Full Incense.

In Omega Ruby and Alpha Sapphire, Munchlax can only be obtained through trading with other players.

In Sun and Moon along with Ultra Sun and Ultra Moon, Munchlax can be found on Route 1.

Munchlax is one of the Pokémon the player can end up being depending on their answers to the quiz at the beginning of the game, and is also encountered as an enemy in Mystifying Forest and Mystery Jungle.

Munchlax still appears as an enemy in Mystifying Forest and Mystery Jungle, but is now a partner Pokémon rather than a Pokémon the player can be.

In PokéPark Wii, Munchlax is found in Meadow Zone. He can be befriended by beating Bulbasaur's Daring Dash and then giving him a Big Berry. In PokéPark 2: Wonders Beyond, Munchlax appears in the Cove Area at the park near Cove Town Square. To befriend him, he must be given a Stinkberry.

Munchlax can be found in the Ravine that appears in the Aurora Kingdom when the Farm there reaches level 2. The Ravine must be at least at level 2 for it to appear.

Munchlax appears on the third stage of Safari Jungle on Mondays.

Munchlax appears on Stage 151 of Wacky Workshop and Stage 505 of Nacht Carnival.

in Super Smash Bros. Brawl, Munchlax appears as a pokeball pokémon who eats various items, he also appears as a collectionable trophy and a sticker who increases the Lucario's aura attack by 13

May caught a Munchlax in the episode "Berry, Berry Interesting" after feeding it some of her Pokéblocks and seeing that it likes them. Munchlax kept on eating other people's food. May created a Pokeblock from Professor Oak's ingredients that filled up the appetite of Ash's Snorlax. In "Harley Rides Again", May used it in a Pokémon Contest for the first time, specifically in the Battle Stage of the Wisteria Contest.

Professor Burnet owns a Muchlax but she doesn't use it for fight. 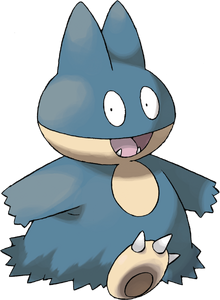 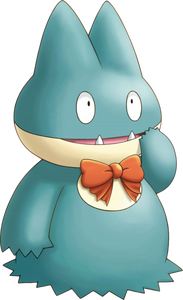 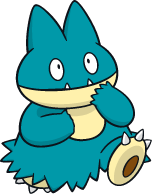 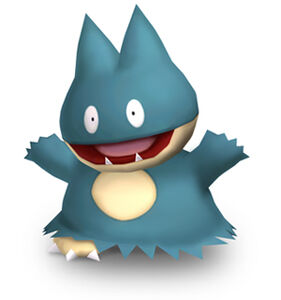 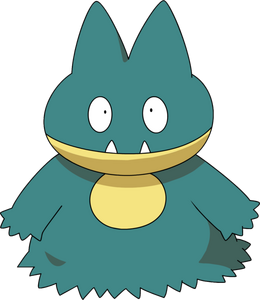 Munchlax in the anime.