Muneakira Yagyu is the male protagonist of the series and a childhood friend of Sen. He has a hidden unknown power to create Master Samurai, first manifested when he kissed a naked girl who fell from the sky.

He was voiced by Daisuke Hirakawa in the Japanese version, and by David Matranga in the English version.

Muneakira is usually seen wearing a black trench coat with a scarf around his neck. His height is slightly above average, with a well toned and muscular build. He wears black gloves, and brown shoes and has two white rope bands around both of his forearms. He is almost always is seen wearing this outfit except on a few occasions (such as the time they went to the beach, and he wore a speedo). Muneakira has brown eyes and has greyish hair. He is considered to be very attractive, seeing as his childhood friend Sen Tokugawa has been in love with him for a whole decade, and Yukimura fell in love with him as well.

Muneakira is a very caring person and is very kind towards everyone he meets. He is also very forgiving as seen when Konetsugu assaulted him, yet he held no resentment towards her afterwards. Muneakira has great leadership qualities, when shown that he was able to command both Sen and Yukimura, who absolutely hate each other perfectly, and in sync to defeat a giant octopus. Although being a very manly and strong kind of guy, Muneakira has trouble dealing with women and gets very shy and blushes when one of the girls tease him or accidently show him their bodies. His kind heart and innocence has earned him the affection of his "little sister" Jubei Yagyu, who absolutely adores her "big brother" and always tries to be by his side.

Aside from being skilled with the Katana, Muneakira has the innate ability to create Master Samurai, a rare ability amongst the populace of Japan. He also holds the ability to take another or his own Master Samurai's energy. 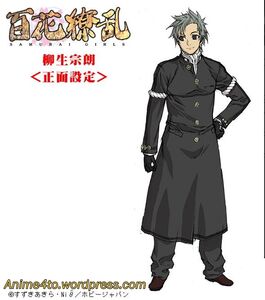 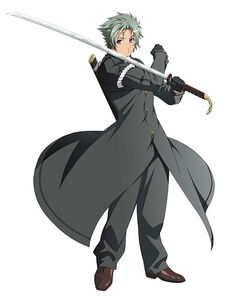