Mitchell "Mitch" Sorenstein, commonly known as Muscle Man, is one of the main characters of Regular Show. He is one of the groundskeepers at the Park. He is a green, strong and obese monster and/or disfigured humanoid, who is often seen with his best friend, High Five Ghost. Muscle Man made his first debut as a cameo character in the Pilot, and then made an official appearance in Just Set Up The Chairs. Muscle Man was voiced by Sam Marin.  Despite being one of the protagonists, he can sometimes be an antagonist.

He was voiced by Sam Marin who also voices Benson and Pops.

Muscle Man is a humanoid who has green skin complexion and a pudgy build. He also wears a long-sleeved grayish-blue shirt, dark gray pants, and black shoes.

Muscle Man is is very erratic and immature, often pulling pranks and joking around. He enjoys telling "My mom!" jokes, botched attempts at "Yo mama" jokes, much to the annoyance of everyone except Hi-Five Ghost, his best friend. Although he can be rude due to his ego, he is ultimately shown to be polite and caring toward his friends. At times, he can burst out on a rampage if he is greatly angered. His father, Muscle Dad, enjoyed the same attitude for pranks and jokes, but died in the episode "Trucker Hall of Fame". His older brother, Muscle Bro (real name John), is also seen throughout the series. Muscle Man originally shared a rivalry with Mordecai and Rigby throughout the first two seasons, but the three began to get along and treat each other as friends from the third season onward. His girlfriend, Starla, shares a similar appearance to him and the couple constantly disgust other people when they publicly kiss and show affection to each other. His real name was revealed to be Mitch Sorenstein in the episode "Muscle Woman". He is revealed to be Jewish in "The Christmas Special" in where he reveals he celebrates Hanukkah. In "Power Tower", it is revealed that he gained the nickname "Muscle Man" from his early years of bodybuilding and actually being in excellent physical condition, but he found that life very boring and gave it up. In "The End of Muscle Man", he proposes to Starla and the two become engaged and they are now married in "Dumped at the Altar". In the epilogue to "A Regular Epic Final Battle", upon returning home Muscle Man discovers he has a three-year-old daughter. He and Starla live out their days in their trailer park home and have numerous children. It was revealed in "Trailer Trashed" that the trailer was his prize for winning a hot dog eating contest. 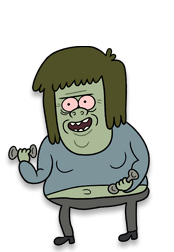 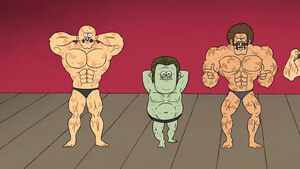 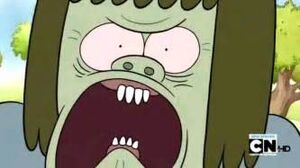 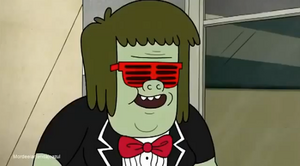 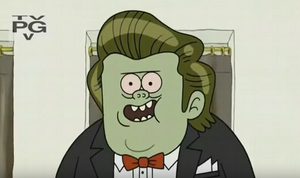 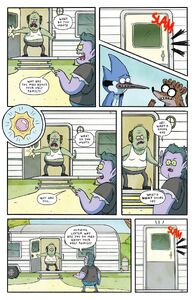 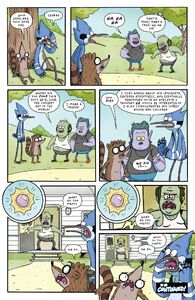 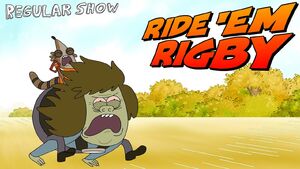 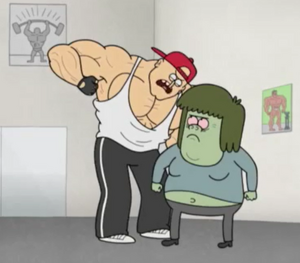 Muscle man Facing on Dale or stand up 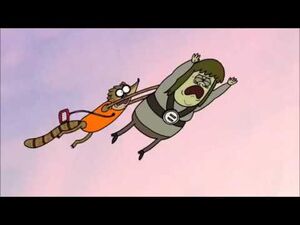