Transformers: Revenge of The Fallen (2009)

Help the Autobots hunt down all the Decepticons, kill the Fallen and destroy the Solar Harvester. (Second Film)
Destroy the Pillars to ensure they never turn their planet Earth into Cybertron. (Third Film)
Bring peace between humans and Autobots and prevent TRF soldiers and their leader from capturing Cade Yeager.
Help Cade Yeager, Viviane Wembly, the Guardian Knights, Optimus Prime and the Autobots save the world from the destruction caused by Cybertron. (Fifth Film) (All Succeeded)

The Non-Biological Extraterrestrial Species Treaty, also known as NEST, was a classified task force founded after Sector Seven's disbandment and the battle of Mission City and the deuteragonistic faction of Transformers: Revenge of the Fallen and its sequel Transformers: Dark of the Moon. Under William Lennox's command, NEST created a Human/Autobot defense force against Decepticons. Under the classified Alien/Autobot Cooperation Act, the Autobots share intelligence and personnel with the United States, but not their advanced weaponry.

NEST is given the standing orders from their command, the Pentagon, specifically the U.S. Chairman of the Joint Chiefs of Staff (General Morshower in 2008-2011). Despite this and its American origins, it expanded earlier to include armed forces from other nations such as the United Kingdom and is allowed access to foreign countries and their territory.

After the Battle of Chicago, NEST has been dissolved and replaced by Cemetery Wind since humanity has grown hatred and fear towards all the Transformers. However, NEST is being restored at the end of the Last Knight when the TRF began helping the Autobots destroy Quintessa and the rest of the Decepticon forces.

NEST arrived in Shanghai with a cover story provided by the Chinese government that they were cleaning up a toxic spill in the industrial area. In reality, the Autobot-human military alliance was hunting the sixth group of Decepticon infiltrators detected in the past eight months, with the hopes of cleanly taking out the enemy without members of the public witnessing the secret war. Unfortunately, the Decepticons, Demolishor and Sideways, wrecked a significant portion of Shanghai before they were defeated by Sideswipe and Optimus Prime. Returning to their base at Diego Garcia, Lennox and Optimus met Theodore Galloway, who was appointed their new Director by the President of the United States and held a video conference with General Morshower. Galloway noted President Obama's serious concerns at the destruction during the Shanghai battle and voiced his opinion that the Decepticons only remained because the Autobots did. Optimus said that if the Autobots were asked to leave, they would do so, but asked Galloway to pass on a message to the President: what if the Autobots leave, and the humans are wrong? Little did they know, Soundwave was listening in on their conversation, overhearing details such as Megatron's location in the Laurentian Abyss, and the last AllSpark fragment in storage at Diego Garcia. Ravage was deployed to steal the fragment, which Scalpel used to revive their leader. The reborn Megatron went after Sam Witwicky, and Optimus Prime died protecting him. Following Optimus' death, the Decepticons arrived in greater numbers during bolder attacks under the leadership of Megatron's master, The Fallen, with the promise of more if the humans did not turn Sam over to the Decepticons. Galloway ordered the termination of NEST and that the Autobots retreat to Diego Garcia, but Seymour Simmons contacted Lennox, revealing he had traveled to Egypt with Sam to unravel the Decepticons' plot, and that they should bring Optimus Prime's body, as the boy had a plan to resurrect him. Lennox managed to pass the information to General Morshower, who managed to arrange assets to be positioned accordingly. During their supposed flight to Diego Garcia, Lennox had the pilots divert to Egypt before faking engine trouble and Galloway would be forced to parachute off the plane, so they could land outside the pyramids instead. Once they set up, Starscream performed a flyby and trigger an electromagnetic pulse, disabling communications, while Soundwave disabled the United States military satellite coverage. Once communications were out, Megatron ordered the Decepticons to attack, with a small force landing to engage NEST. Realizing something was wrong, Morshower ordered a UAV deployed to observe what was going on, while Simmons was able to use the radio from a Jordanian helicopter to request backup from the nearby U.S.S. John C. Stennis battle group. Once the UAV confirmed the battle was started, Morshower deployed all available assets to the region. On the ground, NEST fought a desperate struggle to hold off the Decepticons, until Sam arrived with the Matrix of Leadership. Once again in contact with the military, Sergeant Epps ordered an airstrike, which managed to destroy most of the Decepticon forces. Megatron survived the strike and killed Sam, but something managed to revive him, and he restored Optimus to life. With the Autobot leader functioning again, NEST watched as he combined with Jetfire's parts and subsequently defeated The Fallen.

Following the defeat of the Fallen, NEST began deploying Energon detectors around the globe. With a distinct lack of Decepticons to fight, they began to get involved in policing human affairs, such as illegal nuclear facilities. A lead from Alexi Voskhod sent Colonel Lennox's team to the abandoned Chernobyl Nuclear Power Plant in Ukraine to investigate an alien technology. Little did they know that Laserbeak was leading them to a trap, and as they journeyed deeper into the facility, they were ambushed by Shockwave and Driller. The Decepticons were then overpowered by Optimus Prime. They returned to their secret base disguised as the "Department of Health and Human Services" in Washington, D.C., where Autobot and human members alike trained to take down Decepticons.

Director Charlotte Mearing interrogated Optimus, who seemed to be in a "bad mood" due to humans not telling the Autobots about the concealed technology for the past few years. She introduced two of NASA's founding associates and astronaut Buzz Aldrin and explained that the space race began after a spacecraft crash-landed on the Moon. With the new knowledge, Optimus retrieved Sentinel Prime and five Pillars from the crashed Ark. While they were still preparing to revive Sentinel, Sam Witwicky and Carly Spencer arrived at the gate. Though the pair were stopped by the guards, Bumblebee let them in. Sam passed on information he had gained about the Decepticon involvement in the space race. Optimus revived Sentinel, who explained to Mearing that the Pillars were a transportation device. Though Sam was keen to contribute further, Mearing told him that NEST was for soldiers.

With the help of Seymour Simmons, Sam discovered that the Decepticons were after Sentinel, and NEST Base went on alert. As a battle in the highway raged, and the Autobots returned to the NEST Base, Sentinel announced he had made a deal with Megatron, and terminated Ironhide. He followed that up by destroying NEST Base and taking the Pillars. Retreating to the safety, the NEST forces received an encrypted audio code, demanding Optimus' Autobots be expelled from Earth. Following the apparent destruction of the Xantium, Sam and Epps picked up some former NEST soldiers and went to Chicago, which had been conquered by the Decepticons and became a barren wasteland. As they were attacked by Decepticon fighters, Optimus and the Autobots rescued them from the attack, having survived the Xantium destruction.

Meanwhile, Lennox and his team decided to wingsuit into the city to destroy the Control Pillar in one of the skyscrapers. After a hazardous landing, Lennox's team met with Epps' mercenary team and began a counterattack on the Decepticon forces, using snipers and charges to aid the Autobots in their battle. They also called in tomahawk missiles to shoot down the Decepticon fighters and give Optimus cover as he fought Sentinel Prime. In the end, the NEST forces stood victorious.

NEST was disbanded after the Battle of Chicago and the Transformers were targeted by the rogue CIA black ops unit Cemetery Wind. The U.S. Government did not know that Cemetery Wind unlawfully hunted and destroyed the Autobots. The president and the government are still allies to the Autobots and had ordered Cemetery Wind to destroy the Decepticons only, but they secretly turned their backs on them and became serial killers.

The former NEST field commander William Lennox returned as a soldier of the Transformers Reaction Force (TRF), an organization founded to destroy all Transformers, but Lennox and General Morshower did not want to act with the TRF because they refused to see the similarities between Autobots and Decepticons and about the U.S. military fought alongside the Autobots against the Decepticons in the past. However, the ideologies of N.E.S.T. still lived on. Lennox was able to convince TRF commander Santos and his team to let Cade Yeager and the Autobots go, although Santos refused to believe that the Autobots were no different than the Decepticons.

However, when Optimus Prime returned to Earth, the union between them was reborn, but both the military and the Autobots had to stop the greatest threat; an imminent collision between Earth and Cybertron. The TRF lost its power in time of crisis and was disbanded at the end of the battle. NEST was likely to be reborn and they would fight another day should Optimus and the Autobots chose to return to Earth. 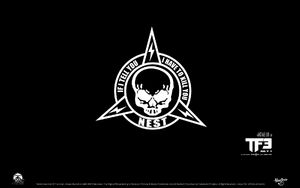