Heroes Wiki
Register
Don't have an account?
Sign In
Advertisement
in: Kamen Rider Heroes, Energy Beings, In Love,
and 30 more

Defeat any threats to Gentaro.

She is a mysterious girl that fell from the sky and fell into Gentaro's arms and heart during Amanogawa High School's culture festival. She is rather quiet and observant, usually only repeating only what others say. Nadeshiko had grown close and fond of Gentaro during all the time they spent together. When Zodiarts attacked and Gentaro became Kamen Rider Fourze, Nadeshiko assumed her own Rider form, which shocked Gentaro.

In a fight with the Horoscopes Virgo Zodiarts, the two Riders drove her off with a combination attack. However, it is later revealed that Nadeshiko is not human, she is actually the human form of a substance known as SOLU that copied the appearance of the real Nadeshiko Misaki, and had demonstrated this by taking off her helmet to show she can withstand the vacuum of space. She also created the Mega Burgermeal after looking at the original one, who was cautiously looking at her.

The Rider Club made Nadeshiko turn back into SOLU and handed her to Foundation X without realizing that they were looking for her. Nadeshiko escapes thanks to Gentaro, who knows that Nadeshiko isn't human, but would like to pursue a relationship. However, Foundation X was not leaving without the SOLU, and attacked Nadeshiko and Gentaro, both of which transform into their Rider forms. In the chaos, Nadeshiko gets captured and is turned back into plain SOLU by Lem Kannagi. She is turned into the SOLU Switch for Kannagi to become the Super Galaxy King.

In her final moments as a corporeal being, however, she creates the Rocket Super-1 Switch for Gentaro, which allowed him to use Rocket States to finish off the Dragon Mutamit.

During the fight with the Super Galaxy King in Earth's orbit on the Exodus, Nadeshiko's feelings for Gentaro allowed him and Kamen Rider OOO to defeat the Super Galaxy King by keeping the monster from damaging Fourze when he made the fatal mistake of using an attack fueled by the SOLU Switch, and actually increased Gentaro's power.

At the end, she and Gentaro have one final moment together in Gentaro's mind, before she leaves as a sentient energy being with no physical form. At a train station, Gentaro sees the real Nadeshiko but she doesn't notice him but was cheered up by the Kamen Rider Club.

5 years after Fourze's main events finished, Nadeshiko returns to Earth when Yuki was nearly killed from her spaceship's destruction and aids Gentaro and Wizard, as well as the Riders before them, in Movie War Ultimatum. Nadeshiko was riding Accel in his Bike Form in Movie War Ultimatum. After the battle of fighting the Akumaizer, she returns to space as XVII brought her along. 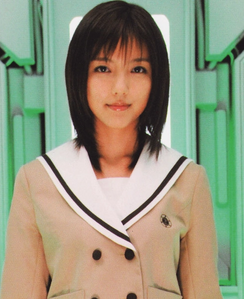 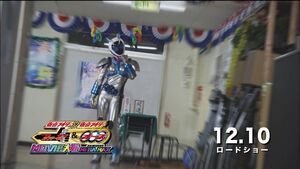 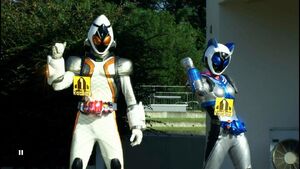 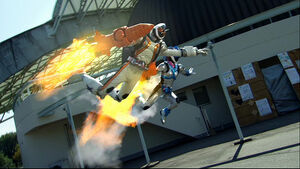 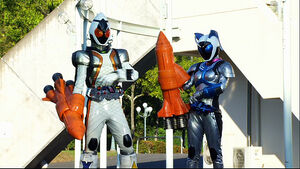 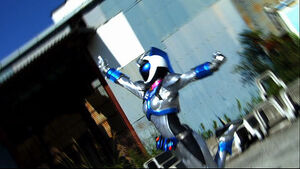 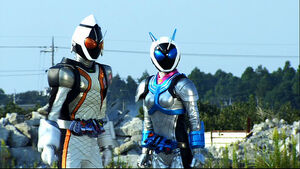