End the hatred between humans and mutants.

She is Ransik's obnoxious daughter, who loves being told how beautiful she is. She would much rather run than fight, but when necessary, she can extend her fingernails to use as weapons, and fire a blaster which matches her outfit quite nicely. Nadira is obsessed with 21st century fashion, frequently stealing clothing and jewelry. Her liberation of a captured mutant usually serves her own materialistic needs.

Prior to what would be Ransik's last fight against the Power Rangers, Nadira, while looking for Frax with the Cyclobots, spotted a Boutique and decided to do a little "shopping" and took the staff and Customers as hostages. An unmorphed Trip arrived unmorphed and fought Nadira, but an expectant mother had gone into labor, forcing him to help her. Although Nadira wasn't finished fighting, Trip had her help the pregnant woman. When the baby, a little girl, was born, the experience got Nadira to see humans weren't as bad as she thought.

After spending time with some human children and speaking with Frax before Ransik had him reprogrammed, she tried to get her father to stop his crusade against humanity, but he refused, even after Frax's death. Only when Nadira was accidentally injured by Ransik in his last fight against the Power Rangers did Ransik listen to her.

Upon returning to the past, Nadira faced a more lenient punishment for her crimes. She appears to have been placed in some kind of community service program, since she ended up working with children. When Ransik accompanied the Rangers to the past to help them fight the Mutorgs, Nadira went along as well. 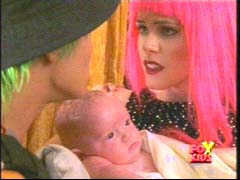 Nadira holding the baby she was forced to deliver. 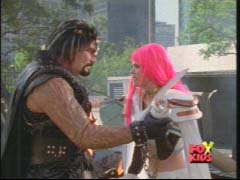 "Daddy, he was once human! How could you be so cruel?!" 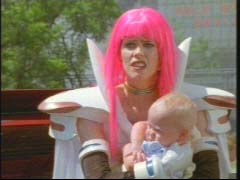 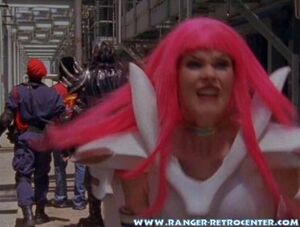 Nadira about to be attacked by Rofang. 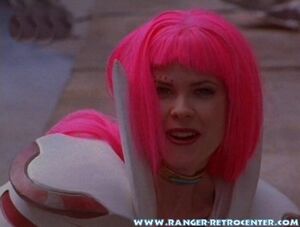 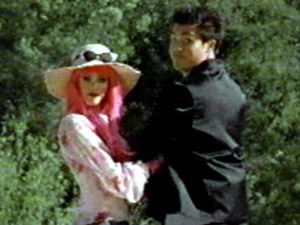