Naga the White Serpent, or simply known as Naga is a heroine from the anime/light novel Slayers, Naga's real full name is Gracia Ul Naga Saillune, making her the first daughter of the kingdom of Saillune's crown prince Philionel El Di Saillune and the older sister of Amelia Wil Tesla Saillune.

Naga is extremely beatiful young woman with purple hair, She also wears a skimpy suit who reveals her midriff and cleavage and wields a claymore.

Naga often flaunts her beautiful physique, inciting jealousy from the smaller Lina. She is also self-confident to the extreme; the sheer strength of her obtuse mindset often prevents her from recognizing imminent dangers until they're pointed out to her. Naga is also well-known for having a very distinctive, obnoxious laugh.

Naga is Gracia Ul Naga Sulime, A princess who left her monarchy after the death of her mother wandering the land, She has been thought on powerful dark magic, Acording to Lina Inverse: Naga is presented as Sorceress of "Old Times"

In her first canonical apparition, Naga witstand across a stupefact crowd who are admiring her power and beauty, She demanded that Lina Inverse appears before her, which she did, She afterwards and a battle with Lina agreed to her friend and rival, Naga has the knack of doing a obnoxius laugh that can make flee everyone to the point leaving anybody powerless.

In the events of Slayers: Next, She presented herself as Nama using this time a full armor who concealed her identity.

In the crossover knows as Granblue Fantasy, She is one of the assistants characters that guide the player, Naga tend to use her femenine attributes around the player. 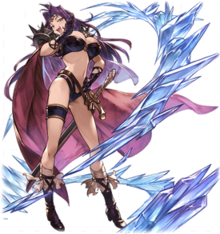 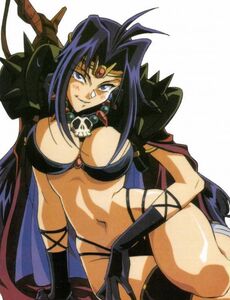 Live Action Naga the Serpent
Add a photo to this gallery
Retrieved from "https://hero.fandom.com/wiki/Naga_the_White_Serpent?oldid=1790787"
Community content is available under CC-BY-SA unless otherwise noted.