Help his family to protect Japan.

Honorable Warrior
Nagamasa Azai (Japanese: 浅井 長政) is a character in the Samurai Warriors series. He is the last head of the Azai clan, Oichi's husband, and acclaimed father of the Three Azai Sisters.

Nagamasa is the virtuous lord of Bizen and Odani Castle. He supports his young wife and often apologizes for any grief he may have caused. At the end of her lower path, he publicly expressed the hope that she would not fight against her family. She replied that it was inevitable and stayed away from his hugs. He regrets the brother who betrayed him and believes in love and glory, but forced to betray Nobunaga, he became contradictory in respecting his family's trust in Asakura and his alliance with the Oda clan. In the dream, he saw a possible scene, he assumed that he should defend honor by attacked Nobunaga in Anegawa and Mt. Usa.

His hesitation led to their final confrontation in Odani Castle, where he killed his brother-in-law. Because of his actions, he asked Oichi to leave him to give up his faith. However, Oichi's support still exists, and he used this momentum to defeat the remnants of Oda army at Shizugatake. His dream ended with his undisputed territorial leader. When he woke up, a soldier told him that he was in Kanegasaki, just before he chased the fugitive Nobunaga. Because of his dreams, he knows that no matter how he behaves, Oichi will love him. Chasing Oda, he decided to first fulfill his duties to Asakura by capturing the Nobunaga.

When he succeeded, Nagamasa insisted on his relationship with the Oda family and defeated Asakura. After the victory, Oichi worried that he betrayed his ideals. Nagamasa assured her that he was good because Oichi was the one he really wanted to protect. Buy the time, Nagamasa was intimidated by Yoshimoto's counterattack with Nobunaga during a gestured party from Omi Province. From then on, Nagamasa absolutely defended Oda from being dominated in Okehazama. When Nagamasa is dating Ochi, occasionally he may have enjoyed his dreams or life, this time they will see the battlefield full of flowers.

After Yoshimoto was defeated by them, Nagamasa promised to marry Oichi and was able to assist the siege in Nabayama Castle. After Hanbei was defeated, Nagamasa and Oichi let them live together with such smoothness and tension. 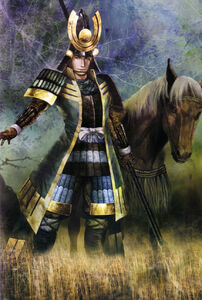 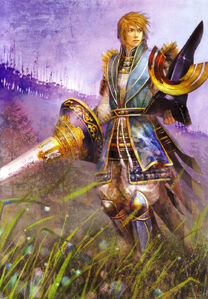 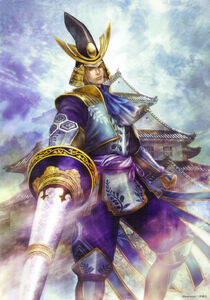 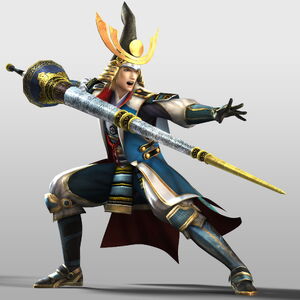 Nagamasa in Samurai Warriors 4.
Add a photo to this gallery

Retrieved from "https://hero.fandom.com/wiki/Nagamasa_Azai_(Koei)?oldid=1937333"
Community content is available under CC-BY-SA unless otherwise noted.