No information
Nagisa Aizawa is main character of My Monster Secret.

She is voiced by Inori Minase who also voices Hestia.

She has blue hair and green green.

She is a small alien in a robotic exoskeleton.

She is meticulous, though loses her composure when dealing with embarrassing situations.

She is Initially the love interest of Asahi before the series began, she turned him down before he could confess, believing that her secret would be discovered if she started a relationship with him. She, like most of Asahi's friends, is aware of his feelings for Yōko, and develops feelings for him after the fact. Her alien species is militaristic, and she often uses military terminology when describing things. Her exoskeleton runs on an internal battery that must be constantly recharged with an AC outlet and has on many occasions run out of power for comedic effect. She is usually meticulous and serious with her actions, though loses her composure when dealing with embarrassing situations. Nagisa has an older brother, Ryō, whom she initially respects and draws inspiration from, before learning he is less reliable than she initially realized. As a small alien, she is always wearing the same clothes her robot is wearing. Her exoskeleton has a metal screw cockpit opening with an antenna sticking out of it, but no one guesses what she really is despite this. When Yōko and Asahi start to date, she decides to put her feelings aside to help them, and remain friends. 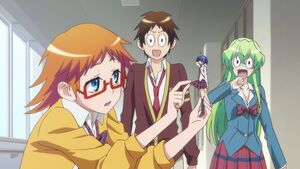 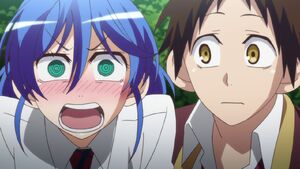 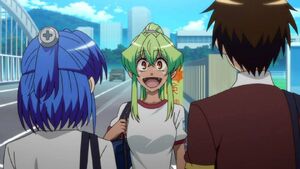 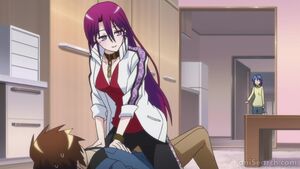 Retrieved from "https://hero.fandom.com/wiki/Nagisa_Aizawa?oldid=1756588"
Community content is available under CC-BY-SA unless otherwise noted.