Assassinating
Teaching
"The Kiss of Death"

Nagisa Shiota is a student in Korosensei's Class 3-E of Kunugigaoka Junior High School and the main student character of Assassination Classroom.

Nagisa is a petite framed boy with light blue hair and azure eyes. His hair is shoulder-length because of his mother making him keep it that way, but due to the school having a rule about male hair lengths, he keeps it in two pigtails. He is known for his androgynous appearance which has often poked fun at by many people - most notably, Rio Nakamura.

Nagisa is a calm, collected and friendly boy. He is exceptionally observant and circumspect of his surroundings and the situations that develop around him. He tends to pay strict attention to Korosensei in hopes to understand the motives of this mysterious being and compiles the information he has gathered in his notes for reference.

Despite his calm demeanor, he harbors deep insecurity about his talents and how he is perceived by the people around him. This is reflected by lack of goals and general pessimism about his own future. 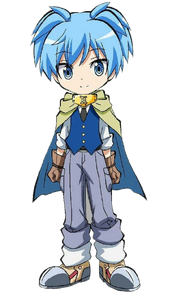 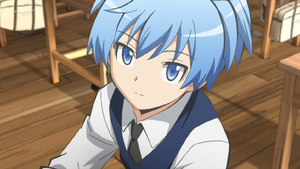 Nagisa Shiota in the anime 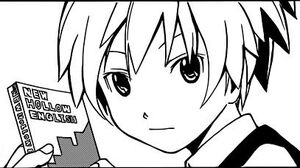 Nagisa Shiota in the manga 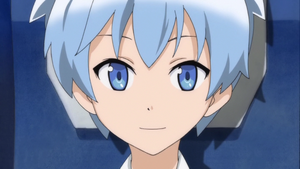 Nagisa Shiota in the OVA 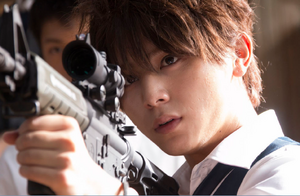 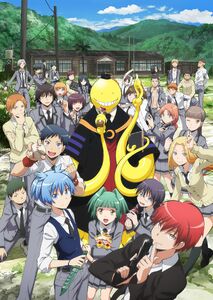 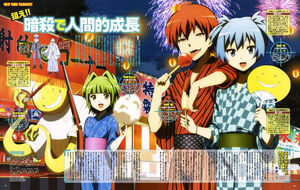 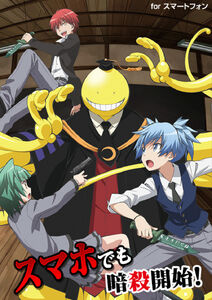 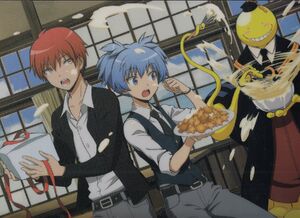