Help Kirby to stop Dark Matter and the Jambastion Cult

Animal Sidekick
Nago is a supporting character of Kirby series. He is one of Kirby's animal friends who appears as a playable character in Kirby's Dream Land 3. He is cat that is best suited for land, and is about twice Kirby's size.

Kirby's ability Stone-Cutter allows him transforms into a stone statue of a animal friends, in Nago's form he will move slow but grats triple jump.

Nago appears in Super Smash Bros. Ultimate as a novice primary grab spirit. His spirit battle is on the battlefield form of the Green Greens stage against Isabelle who has an extra midair jump. 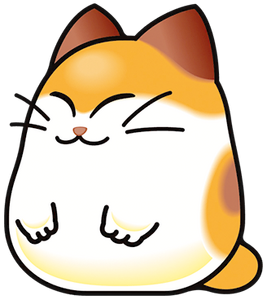 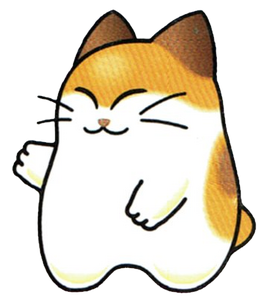