Heroes Wiki
Register
Don't have an account?
Sign In
Advertisement
in: Article stubs, The King of Fighters Heroes, Anti-Hero,
and 51 more

Nameless (The King of Fighters)

He is voiced by Daisuke Ono, who also voices Jotaro Kujo and Barney the Dinosaur.

In the lore of The King of Fighters 2002 Ulimited Match, Nameless is the "real" 9,999th clone of K'. Anonymous is the only survivor of Project Zhe. But the objective is to combine both K' and Kyo Kusanagi's flames and inject the combined DNA into various test subjects. It was known that he is only a subject, and must watch his "brothers" (other test subjects are like him) being horribly killed or injured by the experiments. One day, after he was seriously injured, he saw a beautiful girl named Isolde near the infirmary. Isolde is a part of the Anti-K' (Kula Diamond) project and had the ability to control the ice.

While he fell in love with her, and suddenly got a new determination to endure the experiment so that she could see her again. When scientists noticed this connection, and after realizing that they needed a strong will to wave the flames, they changed Nameless's training program to the endurance test. They allowed him to visit her to realize their true potential. Unfortunately, Isolde died during a test, but NESTS scientists did not waste her progress, but transplanted her DNA into Nameless's glove, so he could control the flame.

However, Nameless is assigned to arrest the fugitive in the organization, and when he was forced, he admitted everything. The nameless decided to continue his efforts in the eyes of his superiors, hoping that he could give Isolde a new body. 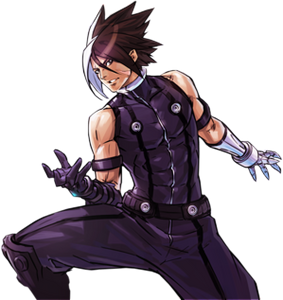 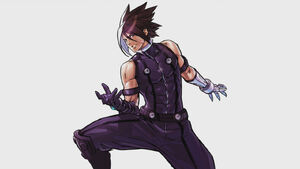 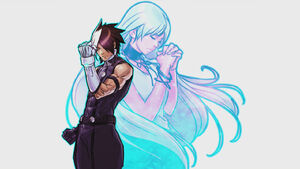 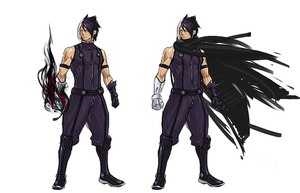 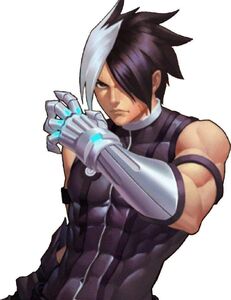