To protect the Atlantis from all evil threats.

Namor the Sub-Mariner (born Namor McKenzie) is an anti-hero in the Marvel Universe, and is the son of an Atlantean princess and a human, making him a mutant-Atlantean hybrid. Despite often being a villain himself, he has redeemable qualities, and is willing to not only protect the sea, but the world. He was the very first Marvel character who's history spans over seventy years of publication.

He was created by the late Bill Everett, and first appeared in Motion Picture Funnies Weekly # 1 in April 1939.

The half human half Atlantean ruler of Atlantis, Namor was the result of the romance between Captain Leonard McKenzie and Princess Fen of Atlantis, Namor was raised by his mother's people to be their weapon against the surface world, who they viewed as enemies. At the age of twenty, Namor was sent to attack New York after he misinterpreted two divers as invaders, and would continue to plague the surface until a policewoman (and his first true love) Betty Dean convinced him that someone like him should use their powers as an ALLY of humanity instead of an enemy, since the U.S. had just entered World War II.

Inspired by her words, Namor began to aid his former enemies, even becoming a founding member of the WWII predecessors to the Avengers, the Invaders and the All Winners Squad. In the mid fifties, Namor had his memories erased by a rogue psychic named Destin, and became a vagabond, until an encounter with the Human Torch restored his memories, and he has since flip flopped between either ally or enemy of the surface world, but continues to bring aid to either domains whenever he's needed.

In 1915, explorer Ernest Shackleton was sent on a voyage by Winston Churchill to bring back a sample of Vibranium from the Antarctic. Leonard McKenzie and telepath Paul Destine had to pilot the Oracle into the area in 1920 due to the ship the Endurance being lost. Their voyage put them directly above the kingdom of Atlantis, and they caused destruction and death when using charges to blast through the ice.

Emperor Thakorr demanded an expedition to learn what caused the destruction, but his daughter Princess Fen wanted to prove her bravery, and went up alone with an Atlantean potion that allowed her to breath five hours at a time. She was taken aboard the Oracle and believed to be a stowaway, and learned what she could about the surface dwellers and their language. Fen fell in love with Leonard and married him, but her prolonged absence from Atlantis prompted Thakoor to send a search party for her. Fen was found and dragged back to Atlantis, and believed Leonard to be dead.

Account of what happened change, as Leonard survived and left with the Oracle and lived on, or he went searching for Fen until she brought him to her kingdom. Despite protest of a surface dweller, Fen managed to let Leonard stay until she fell in love with him. When Thakorr returned, he demanded that Leonard be executed, however Fen managed to convince her father to stay his hand. When another ship passed through the region, it set off explosions that once destroyed Atlantis, and Fen assisted Leonard in escaping aboard the vessel before her could kill him. In another account (this one by Namor), he states that Leonard raped his mother, but the validity of this is suspect and Namor's recalling was tempered over that led to a then recent superhero Civil War.

No matter the truth of their interaction, Fen discovered she was pregnant with Leonard's son after his departure. In once account, Thakorr had Fen sequestered until she gave birth to their child, and he was named Namor (which meant "The Avenging Son" in Atlantean). In some accounts, Thakorr's reaction to the birth varied between pride and disgust, and in the latter account, Fen was able to convince Thakorr to spare his grandson as he was heir to the Atlantean throne. Despite being convinced, Thakorr ordered Fen to enter a ten year exile until Namor was old enough to be groomed into his heritage.

Atlantean-Human-Physiology: His mixed bloodlines making him a mutant, Namor possesses the following powers: 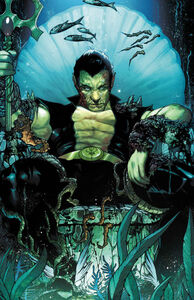 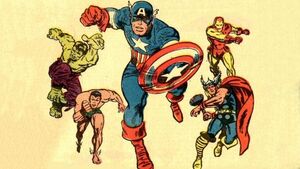 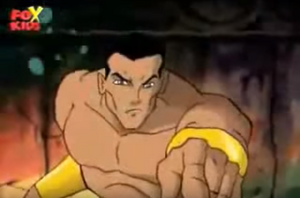 Namor in The Avengers: United They Stand 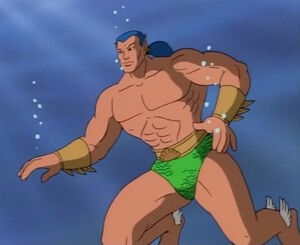 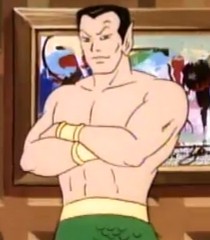 Namor in Spider-Man and His Amazing Friends 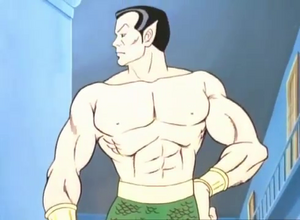 Namor in the 1981 Spider-Man cartoon 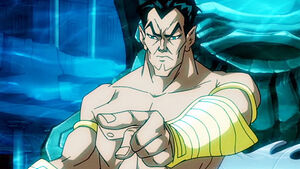 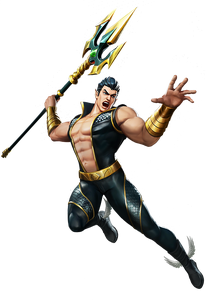