The Secret of the Old Clock

Nancy Drew is a heroine and the main protagonist of the Nancy Drew book series and numerous comics, films, video games, and various merchandise. She has become a popular character since the 1930s, and is a cultural icon.

She was portrayed by the late Bonita Granville in the 1930s, Maggie Lawson in the 2002 film, Emma Roberts in the 2007 film, Sophia Lillis in the 2019 film, Kennedy McMann in the 2019 tv series, and voiced by veteran voice actress Lani Minella and Brittany Cox in the pc adventure games.

She was created by Edward Stratemeyer.

Nancy Drew is a courageous young girl who spends her days solving mysteries and standing up against crime. Her father is Carson Drew and her best friend is Bess Marvin. Nancy won't let any thug, criminal, or other obstacle stand in her way as she goes through many lengths to solve any case. Ned Nickerson is her boyfriend. Her first is The Secret of the Old Clock. In the 2007 film, Nancy must solve the mystery of a missing film celebrity.

Nancy in The Nancy Drew Files. 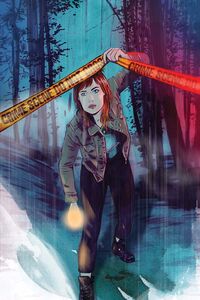 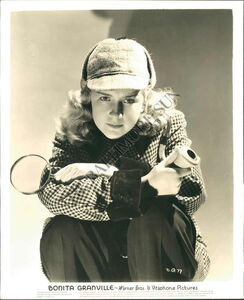 The late Bonita Granville as Nancy Drew in the 1930s films. 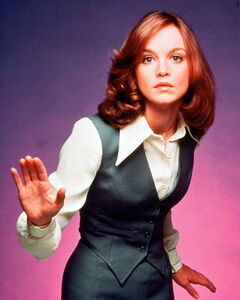 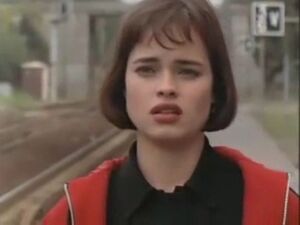 Tracy Ryan as Nancy Drew in the titular 1995 tv series. 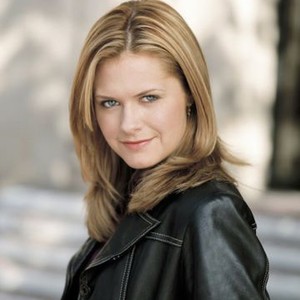 Maggie Lawson as Nancy Drew in the titular 2002 tv film. 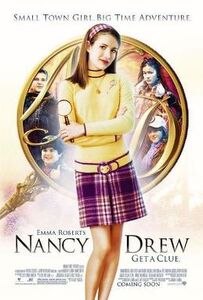 Emma Roberts as Nancy Drew in the titular 2007 film. 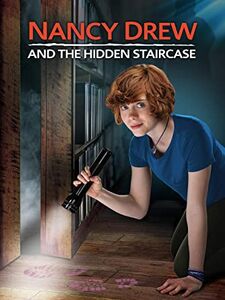 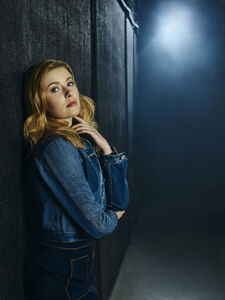 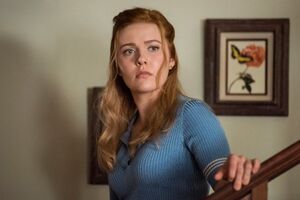 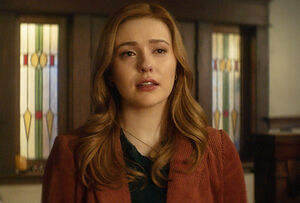 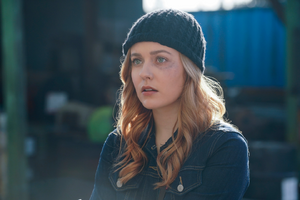 Retrieved from "https://hero.fandom.com/wiki/Nancy_Drew?oldid=1827396"
Community content is available under CC-BY-SA unless otherwise noted.