Nancy was portrayed by legendary actress Heather Langenkamp, who would play a fictionalized version of herself in Wes Craven's New Nightmare.

She was born in Springwood to Springwood Police officer Lieutenant Donald and Marge Thompson in 1965. No one told Nancy this until later on in life but she had an older sibling until Freddy Krueger, The Springwood Slasher, killed that child before her birth. Her father, when Nancy was 8, arrested Freddy but Freddy's lawyers got him off due to a technicality in the system. He was burned in his boiler room in 1968 by the all the local parents of Springwood including those of the murdered children on Elm Street, and proclaimed dead. During this time Nancy grew up in a peaceful community of Springwood with her boyfriend Glen Lantz, her best friend Tina Gray and Tina's rebellious boyfriend Rod Lane. The four of them attended Springwood High School.

It was in their senior year, things had gone to hell. The four of them shared the same dream. It was about a man with a red and green sweater with a finger-bladed glove. At a slumber party the four of them had at Tina's place, Freddy brutally killed Tina in her dreams leaving a bloody mess for Nancy and Glen to find and all evidence pointed to Rod. Nancy's father used her to get Rod arrested which started this rift between the Nancy and her father. a few days later Rod was murdered by Freddy in his jail cell. Later on Glen was killed in his bed. Nancy then would avenge their deaths but at the cost of her mother's life. Nancy was never the same ever again. Freddy turned her life upside down and inside out.

Over the next seven years, she grew obsessed with the study of nightmares which she attended Universities to study up on it. She was not fully convinced that Freddy was taken care of. She took this experimental drug "Hypnocil", a dream suppressant so she would never fall back into Freddy's nightmare realm. In the meantime back in her hometown, Freddy was taking out people left and right. Most of these kids were forced to go to this Asylum called Westin Hills. Then, Nancy took a job there as a new psychologist.

She was taking a tour of the facilities then she heard some girl named Kristen Parker, scream in the halls which she walked over to the screams and she was reciting the rhyme. "One, Two, Freddy's coming for you..." a rhyme that Nancy heard before, then she knew without a doubt, Freddy never was destroyed: He was back. Later on Kristen brought Nancy in her nightmare just as Freddy was killing her. Nancy saved Kristen. Both enemies finally met again, Nancy and Freddy. Over the course of a few days some of the patients at Westin Hills got killed. Meantime One of the other psychologists Neil Gordon forced Nancy's father Donald to go after Freddy's bones in the graveyard. But Freddy felt them about to mess with his remains. Then, Freddy came into the real world by possessing his skeletal remains, killed Donald and injured Neil.

In the nightmare world, Freddy tricked Nancy into making her think that he was her father and he gut her in the stomach. Whatever Nancy had left, she forced Freddy to stab himself in order to save Kristen's life. The last thing Nancy saw before her death was Freddy being consumed by light that was a result of Freddy's bones in the real world being consecrated by holy water. Shortly after, Nancy was dead in the arms of a crying Kristen which Kristen states that she intends to place Nancy into a "beautiful dream".

Nancy did not die in vain, because she did manage to save those she intended to save, though later Freddy Krueger would always back. But due to her battles against Krueger, her study on dreams and her consumption of Hypnocil, future generations that had to combat Freddy were ready for him.

The parents would eventually wise up and just eliminate Freddy from their records, files and history books as well as quarantine any child who has seen Freddy in their dreams and was given Hypnocil.

Nancy's spirit appears in the story "Asleep at the Wheel" from the 1991 short stories collection The Nightmares on Elm Street: Freddy Krueger's "Seven Sweetest Dreams", appearing in the dreams of the character Ian to warn him that Freddy is real and not just an urban legend nor the result of mass hysteria.

Whilst not always considered canonical to the A Nightmare on Elm Street film series, Nancy returned in the Nightmares on Elm Street 6-issue comic book series published by Innovation Comics in 1991.

In the story, Nancy, now a powerful dream entity in her own right, teams up with several other characters from the film series, including Neil Gordon, Jacob Johnson and Alice Johnson, to fight Freddy in his nightmare world.

The events of this series were meant to fill in the time period between the A Nightmare on Elm Street 5: The Dream Child and Freddy's Dead: The Final Nightmare films. The series was written by Andy Mangels. The first two issues of the story explain to the readers about Nancy's life in between parts one and three.

After the events of part one, Nancy had been sent to an institution by her father until she was "rational" again. Around the time she was in college after she was released, her father sold 1428 Elm Street to the Walsh family in Freddy's Revenge.

In college, she studied psychology and sleep disorders, and made two friends in her roommates Cybil Houch and Priscilla Martin. After Nancy was fatally wounded by Freddy at the end of Part 3, Kristen had dreamed her soul into the "Beautiful Dream", the good side of the dream world, where Nancy now acts as its agent as Freddy acts as an agent for the nightmare realm.

In the story, Freddy begins targeting Cybil and Priscilla in an attempt to get to Nancy. He actually succeeds in killing Priscilla and Cybil's husband, James, before Nancy rescues Cybil. She is then reunited with Neil Gordon and the three of them realize that it might be impossible to fully destroy Freddy since he is pure evil, but it is possible to weaken him.

Freddy is stopped and weakened by the dream-selves of unborn children, such as Cybil's unborn daughter, in a realm of beautiful dreams. The next four issues, titled Loose Ends, deals with the characters from previous Nightmare movies teaming up to defeat Freddy again.

Here, Nancy is reunited with the soul of her father, who Freddy uses to try to kill her but is unsuccessful. Nancy defeats Freddy and manages to stop his plan of using Jacob Johnson to break into the real world with help from Doctor Neil Gordon, and Devonne who was a psychotic former accomplice of Freddy's.

Nancy makes an appearance in the final issue of the crossover comic series Freddy vs. Jason vs. Ash: The Nightmare Warriors. In a battle against Freddy Krueger, Dream Master Jacob Johnson summons the spirits of Freddy's past victims, including Amanda Krueger and the Dream Warriors.

Nancy also appears, reuniting with Neil Gordon to help him read the dreaed spellbook of legend known as the Necronomicon Ex-Mortis with its passages needed to banish Freddy. With Freddy defeated, Nancy leaves Neil and returns to the afterlife with the other spirits.

The latter two examples (The Innovation comics series and the Freddy vs Jason vs Ash series) are mutually contradictory, though as with any spinoff media, their canonicity in relation to the movie series is open to individual interpretation and preference. 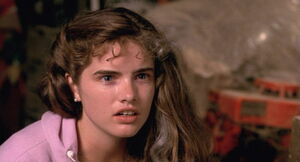 Nancy in A Nightmare on Elm Street. 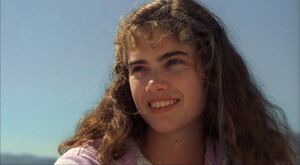 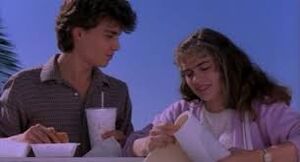 Nancy and her boyfriend Glen. 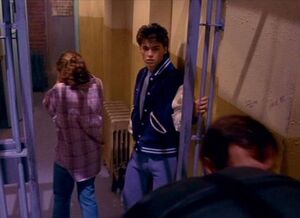 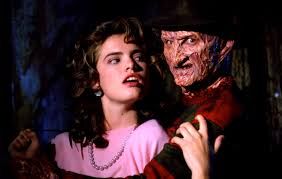 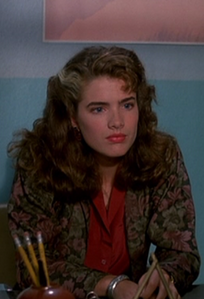 Nancy in A Nightmare on Elm Street 3: Dream Warriors. 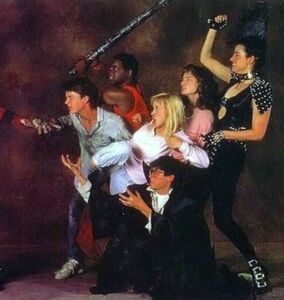 Nancy with the Dream Warriors. 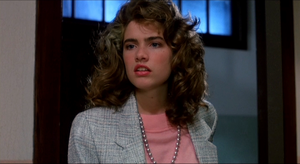 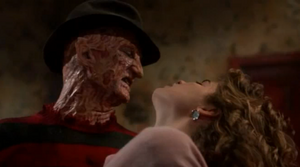 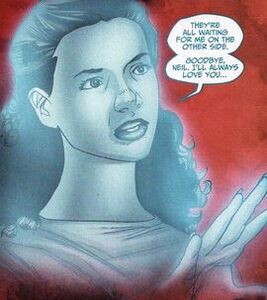 Nancy's Spirit in Freddy vs. Jason vs Ash: The Nightmare Warriors 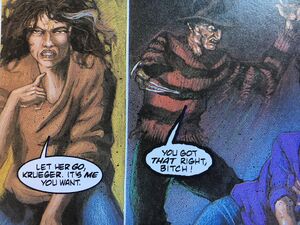 Nancy's spirit does battle with Krueger once again in the Innovation Elm Street series.
Add a photo to this gallery

Retrieved from "https://hero.fandom.com/wiki/Nancy_Thompson?oldid=2146760"
Community content is available under CC-BY-SA unless otherwise noted.