Clear his name of false attempted rape, kidnapping, enslavement and murder accusations.
Defeat the Pope and the Three Heroes Church.
Exact retribution against Malty and Aultcray.
Defeat the Spirit Tortoise.
Defeat Tact and finish Malty once and for all.
Defeat Medea and end her tyranny.
Save the world and return to Japan (all succeeded).

A former otaku and college student, Naofumi's life was changed forever when he was transported to the Kingdom of Melromarc alongside three other youths, each from an alternative version of Japan. Together, these four men became the Cardinal Heroes, legendary figures granted access to incredible power necessary to save their new world from destruction at the hands of the Waves of Calamity. Unfortunately, Naofumi received the Legendary Shield, which gave him a disadvantage since he did not have any offensive buffs or stats. However, this turned out to be least of Naofumi's problems.

Within seventy two hours of his summoning, (a day in the manga), Naofumi was betrayed by his former companion Myne Sophia (who was really Princess Malty Melromarc). Framed for a crime he did not commit, the Shield Hero became a pariah in Melromarc, hated by almost everybody. Full of rage, Naofumi left the castle with nothing but the clothes on his back and his Legendary Shield. From there, he began a series of adventurers that would see his rise from the falsely accused criminal to the worlds savior.

Outside of the Rising of the Shield Hero franchise, Naofumi is a significant supporting character in the second season of the anime Isekai Quartet. This is a crossover series, which features various characters from the "Isekai" genre. For his televised appearances, Naofumi is voiced by Kaito Ishikawa in the original Japanese version and by Billy Kametz in the English version.

Naofumi is introduced as twenty years old. He is taller than his fellow heroes Ren Amaki (the Sword Hero) and Itsuki Kawasumi (the Bow Hero), but shorter than Motoyasu Kitamura (the Spear Hero). Naofumi is lean and reasonably muscled, with short spiky black hair and green eyes.

When summoned by the Church of the Three Heroes Naofumi was wearing a green and white hoodie, with a black undershirt, black trousers and trainers. These were later stolen by Malty Melromarc. He later purchased a beige undershirt, black trousers and brown boots. His decision to sleep in these kept them from being stolen. However, the chain mail he had bought alongside these was taken and "gifted" to Motoyasu.

Following an encounter with Erhard the blacksmith, Naofumi was provided with a basic armor and green cape. He would continue to wear the cape for the rest of the series, but his original armor has undergone several modifications. Currently, his favored set is Barbarian Armor Type 3, but he also has access to several other high level pieces of equipment, provided throughout the story.

Due to his status as the Shield Hero, the Legendary Shield is affixed to Naofumi's body, usually one of his arms. Although he cannot take it off, Naofumi is capable of changing both its appearance and location with a single thought or command. Having fed numerous monster parts and other materials into his shield Naofumi has access to several different types of magical shields, each with their own unique abilities. Just like with his armor, the Shield Hero will use the appropriate shield relevant to his situation.

At first, Naofumi was a kind and trusting man. However, after being framed and hated by the country, he grew bitter and resentful. He hates Malty and her father for their cruelty, and the other heroes for their incompetence. After Raphtalia became his slave and joined his party, he began to go back to his kinder nature, albeit still somewhat bitter.

Naofumi is heavily pragmatic, to the point callousness. When he realized bandits planned to make him out as the villain after stopping them from attacking a merchant, Naomfumi was more than willing to feed them to Filo if it meant covering his tracks to avoid any trouble.

He can be sadistic, taking pleasure in the humiliation of others. While sparing the king and princess from a beheading as my punishment for their crimes, he ensured that their names would be changed to Trash and Bitch/Whore as lifelong humiliation in retaliation for all the trouble they put him through.

Merchant Skills: Due to the country hating him, he had to make money on his own. He became a merchant to do so, allowing him to learn many skills from haggling to negotiating.

Crafting: After becoming a merchant, he learned how to craft things, from Potions to Accessories.

Healing and Support Magic: As the Shield Hero, he has a natural talent for healing and support magic.

Shield of Wrath: A shield created from Naofumi's anger. When he uses this shield, he can counter enemy attacks with an evil flame that creates burns that put enemies in a weakened state. However, it corrupts Naofumi's mind when he uses it. 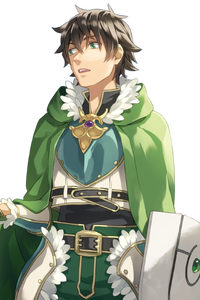 Naofumi in the Light Novel 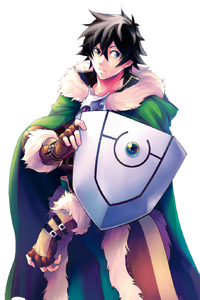 Naofumi in the Manga 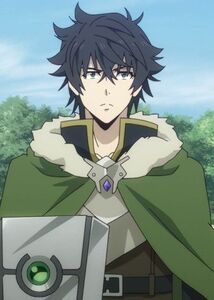 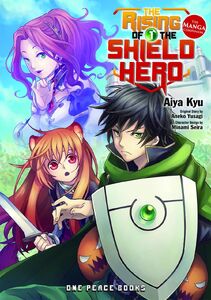 Naofumi in the Manga Adaptation