Naoto is androgynous in appearance, with short blue hair, gray eyes (although blue in The Animation and Arena), and slightly tanned skin. Naoto wears Yasogami High's gakuran, save for one optional occasion in which she wears a seifuku-style school uniform. Naoto is often seen wearing formal clothing such as blue shirts, ties, and her trademark blue cap. On days off during winter, she wears a dark blue double-breasted cardigan coat with a light blue bowtie (on her white dress shirt underneath) and yellow buttons, and plaid blue pants. Naoto's summer outfit, however, is reminiscent of the clothing of Kyouji Kuzunoha and consists of a light blue shirt and a yellow necktie.

In Persona 4 Golden during the ski trip in the winter, she wears a snow suit with a white hoodie, light blue snow jacket, dark purple gloves, dark pants, and gray shoes, with a pair of goggles hanging around her neck.

In Persona 4 Arena, her appearance is the same as in the game (her winter outfit).

In Persona x Detective, Naoto is seen with much longer, nearly waist-length hair. Her trademark cap is absent and she wears a gray suit with a white shirt and a blue tie.

Having lost both parents in a car accident during childhood, Naoto acts very mature in spite of being young of age. As a descendant of a lineage of famous detectives, she wears formal clothing and speaks formally in a deep voice, wishing to be treated as an adult, and expresses frustration at being treated like a child by the police force.

Persona Q Shadow of the Labyrinth 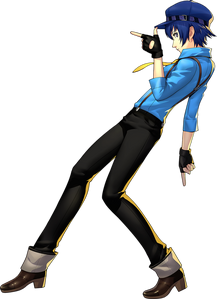 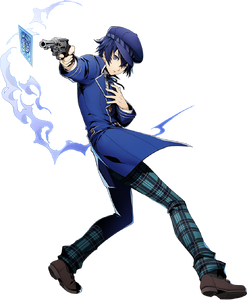 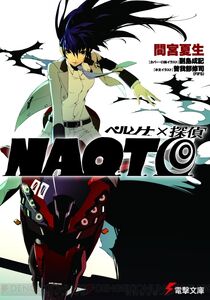