Naoto Tamura/Mobile Cop Jiban is the main protagonist of Kidou Keiji Jiban. He is a human who was fatally injured in an attack by Bioron and rebuilt as a cyborg by Doctor Igarashi to fight Bioron. He is capable of reverting to his human identity at will. He holds the rank of police commissioner (as a robot) and detective (as human). Jiban's programming enables him to follow these directives:

In human form, Naoto often plays the fool and is looked on down by Youko and Kiyoshirou for this, but Youko begins to warm up to him after realizing he could be Jiban.

It can be used as a communicator to contact Harry Boy, Seiichi and Mayumi in Jiban's Base or used to summon any of his vehicles, as well as to control their armaments electronically. 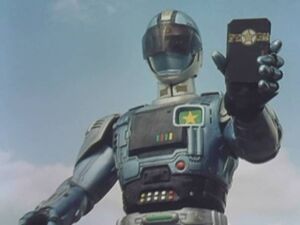 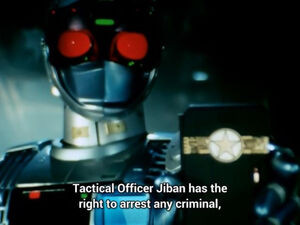 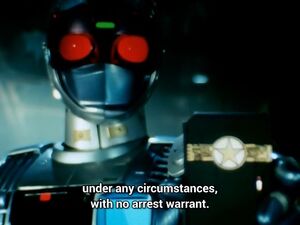 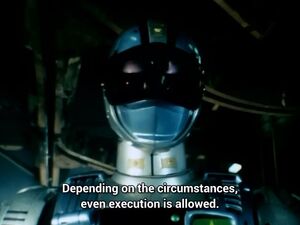 Add a photo to this gallery
Retrieved from "https://hero.fandom.com/wiki/Naoto_Tamura?oldid=1851463"
Community content is available under CC-BY-SA unless otherwise noted.