In Love
Naoya Tohara is one of the main characters of Astarotte's Toy!.

He is voiced by Rina Satō.

He had blue colors for hair and eyes.

His parents eloped so he never met either side of his family, so after his parents died 3 years later he was alone in deep depression. He became happy again after he met his daughter after the funeral.

When the Yggdrasil tree activates and allows one of Lotte's servants to enter the human world, he is taken back to become the first member of Lotte's harem. Naoya encountered Lotte's mother roughly ten years previously when he was 12/13, and then again three years later when she brought Asuha, his daughter from said encounter, to live with him. Naoya generally resists any calls towards the harem antics that surround him, recognizing that at her age, and given her previous experiences, Astarotte needs emotional support more than she needs to be forced into male relationships. After Asuha grows her wings Naoya is forced to tell Lotte the truth about Asuha's parentage; that the two girls are, in fact, half-sisters. 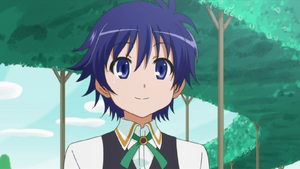 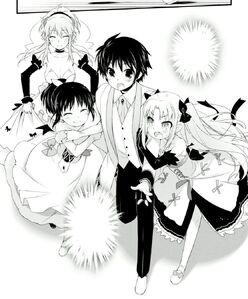 Retrieved from "https://hero.fandom.com/wiki/Naoya_Tohara?oldid=1693677"
Community content is available under CC-BY-SA unless otherwise noted.