Taking down his enemies

Originally, Nathan Spencer was first a member of the Federal States of America Army, but if his left arm is horribly lost to a grenade, his government career was cut short. Having left the rehabilitation, he approves a position for the first test subject of bionic technology by the F.S.A's military intelligence division known as T.A.S.C. So he was given the code name called "Research And Development #1" or RAD #1 with the last name and many continually refer him as "Rad" Spencer every year.

While the first T.A.S.C agent and supervisor of bionics technology Joseph Gibson is under the supervision, Nathan Spencer was the first organic subject that can be fitted with a control of the bio-mechanical limb. When the mechanical technology is still in the prototype phase, the fascist government of the Imperial Army launched the assault and Joseph was apprehended missing. Spencer was aware of Super Joe upon activation and brought to the field, given to the military rank Captain, and sent his mission to rescue him and defeat the imperial army bravely. He immediately succeeded with aerial colors and his model, alongside Super Joe's counterpart, now designs the Avenue of Heroes in Ascension City, where the other heroes of the conflict live. Super Joe was reached to the military rank of T.A.S.C Director and oversaw the training of the Special Ops together with Spencer for the new term called "bionic commandos". This should go to be legendary as the deadliest military unit in the entire world.

Unfortunately, bionics technology has divisively proven and the new population grew weary of being normal people in the super-powered bionics world. Trials and riots are followed and coming to a head when a rogue bionic group was accused for aiding an opposition against the F.S.A government. The investigation of this incident has found Spencer the lone perpetrator of the other crimes, and he was convicted and sentenced to execution by an oppressive military tribunal. Of course, Nathan was proved innocent of many charges he engaged, but his appealing was actually guilty and denied despite proclaiming this statement. He was mechanically stripped his modified, bio-mechanical arm and set in the Military Disciplinary Facility of T.A.S.C, located in Fort Leavenworth, where the execution awaits. The anti-bionics sentiment came to a head and a new executive order was once called the Bionic Purge and went away almost overnight, illegally depriving the bionics technology. Merely becoming a bionic that opposes the law, and bionic technologies were forced to handle their bio-mechanical implants or against the prosecution. While acting as a war criminal who is convicted and sentenced to death penalty, there is no way Spencer could oppose the move and be despondent. On that day, he is planned for his execution. However, an experimental WMD called the Witherer is demolished in Ascension City, annihilating it and the citizens. Then Spencer has excused and given only one more chance in exchange for taking down and capturing the perpetrators of BioReign.

As Nathan Spencer's main strength, he can grapple objects and drag his enemies to him and vice versa by utilizing the wire grapple of his unique Bionic Arm. Its superhuman durability is made of some kind of metal that makes it immensely. In order to swing or launch, it enables him to either leap from it at greater velocities, or even climb up tall structures. With proper effort, he can physically reach the movement speeds from the start to only 300 miles per hour.

Nathan Spencer's Bionic Arm grants him to a limited superhuman strength like a brute. With this ability, he can lift in 5 tons judging its strike force and throw big or heavy ones to know how far and hard they are.

In Marvel vs. Capcom series, starting from MvC 3, the utilization of his wire grapple is the key of playing him, as many hit combos can be usually prolonged. Also, his vitality is quiet high and moves are highly powered to damage when chained together. But his movement speed is sluggish and his in-match assists are quiet ineffective and are better used as his support.

Other than using the Bionic Arm, Nathan Spencer has trained both the military specialization and Bionics, which are capable of enabling, involving and disabling the other Bionics, bio-mechanical objects and dozens of eco-terrorists. He can use firearms like many soldiers did, but with skilled marksmanship that is capable of shooting down a lot of eco-terrorists before they either shoot or see him. As an expert stealth operative, he can infiltrate around his enemies and silently take them out one by one. 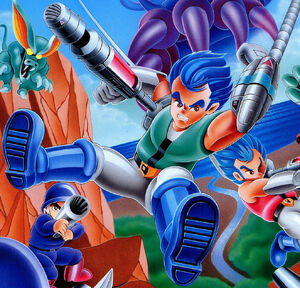 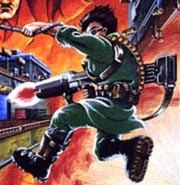 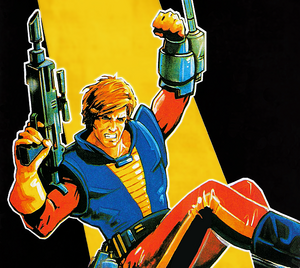 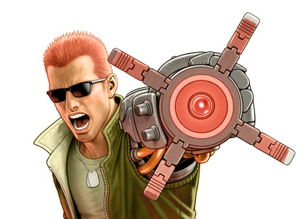 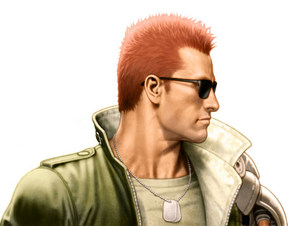 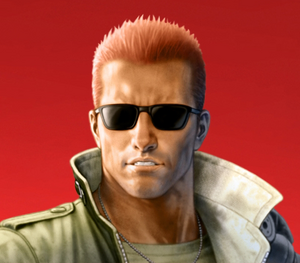 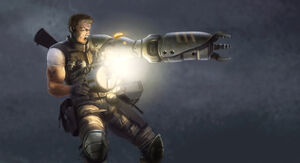 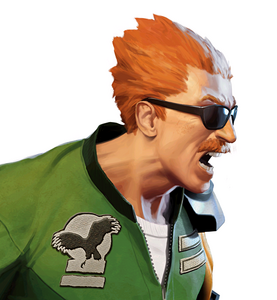 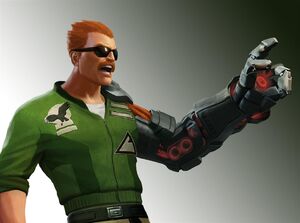 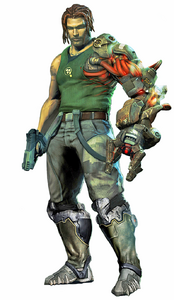 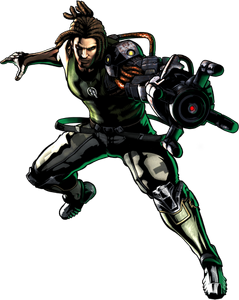 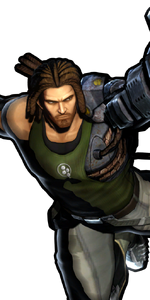 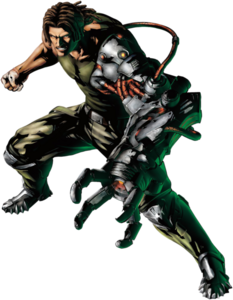 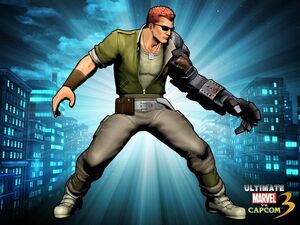 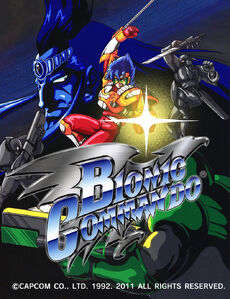