The National Supers Agency (sometimes called the NSA) is a fictional government division dealing with the employment of superheroes in the film The Incredibles.

The NSA was responsible for placing the superheroes in hiding when the public began suing for damages done by superheroes when fighting crime. "The Supers would be granted amnesty from responsibility for past actions, in the promise to never again resume hero-work." This act (known as the Superhero Relocation Program) is seen in effect in three cities in California: Municiberg, Westburg, and Metroville.

According to the DVD extra, there were teams of Supers, banded together by some of the world's greatest superheroes:

Phantasmics, consisted of Everseer, Plasmabolt, Macroburst and Psycwave. Their base is in a secret mid-ocean area codenamed "New Atlantis". The Act lasted for 15 years until the foiling of Operation Kronos by both Frozone and the Incredibles saw the public indebted to superheroes.

On the 2-Disc DVD of The Incredibles or Incredibles 2 there are several superheroes registered with the NSA (although some were only listed in the film and not on the actual register, suggesting some supers may not have registered).

In the original draft for the film, the NSA did not exist: In fact, the reason the Parrs (then known at the time as the Smiths) had to adopt an alias was in order to hide from former enemies who would evidentially want to exact revenge for their past defeats (e.g. Syndrome). 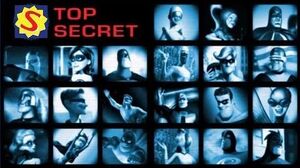 Retrieved from "https://hero.fandom.com/wiki/National_Supers_Agency?oldid=2241318"
Community content is available under CC-BY-SA unless otherwise noted.