Ruin the lives of all people she meets. (formerly)
Incriminate all people who saw her child form. (formerly)
Lead humans who meet her to depression. (formerly)
Hide her true form from the world. (formerly)
Abuse of her powers by tormenting Wizards and AST. (formerly)
Be acknowledged and adored by human society with her beauty. (failed)
Living on Earth happily.
Protecting Shido Itsuka from Deus.Ex.Machina Industries.

Natsumi Kyouno is a major character from the Date A Live franchise. She is a spirit, code-named Witch, and the seventh to appear in the series. Initially appearing to be a woman past 20 years old, her true form turns out to be a little girl with the appearance of a child with unkempt hair and clothing.

She is voiced by Ayumi Mano of the Japanese version and voiced by Katelyn Barr of the English version of the anime.

When Natsumi first appeared in the series, she was in an abandoned amusement park outside of Tenguu city where she met Shido. They chatted a bit as Shido tried to warm up to Natsumi and things were starting to go well until the AST arrived and began attacking. This was not a problem for Natsumi as she turned the AST and their weapons into cartoonish creatures and objects. However, a problem arose when a stray missile turned carrot exploded near where Natsumi and Shido were standing and threw dust into the air. This caused Natsumi to temporarily release her transformation power and caused Shido to cover his eye from the light emitted from Natsumi. When Shido was able see again, Natsumi got angry at Shido and thought that Shido saw her secret (which he did not.) She left the scene quickly after threatening Shido for knowing her secret.

The next day, Natsumi transformed into Shido and went to his school. Coincidentally, Shido had something to do and was going to be late for school so Natsumi as Shido sexually harassed everyone that was an acquaintance to Shido in order to ruin his image and reputation. It was working until she was discovered as a fake in an illogical way by Tohka and Origami. She was in disbelief for a moment before she got angry again and left the scene after she made another threatening comment to Shido. Five days later, Natsumi sent a letter to Shido’s house challenging him to a twisted form of “Hide & Seek,” where the objective of the game was for Shido to find which person Natsumi transformed into and if he failed to guess the right one, the real person would disappear. During the progress of her game, Natsumi watched in enjoyment as Shido guessed and failed each time. However, at the end, Shido figured out which one was Natsumi with a few helpful hints from the people that did not disappear yet and Natsumi’s Angel released the captives as promised. However, Shido pointed out that her own transformation was released and her normal form was revealed. She reacted violently, immediately activating her Angel and transformed all that saw her in her normal form into little kids, except Shido (The accumulated mana from previous Spirits in his body protected him), and left the scene afterward.

For the next several days, Natsumi used her power to harass Shido and tried to turn him into a sexual criminal. During those times, Natsumi speculated that Shido must have a large organization backing him up and to prove the point, was found out from her hidden spot as Shido closed in on her. Natsumi tried to run away but was stopped by the DEM wizard, Ellen, and her DEM Teammates. Ellen wounded Natsumi but she was saved by Shido and his companions before Ellen was able to finish her off. Natsumi was confused as to why they saved her before she loses consciousness.

Natsumi woke up to the place controlled by the organization backing up Shido as assumed. Due to her wound, she couldn’t use her power to escape and had to bear with the strange interactions and events that happened around her. When she finally had enough power, she transformed and escaped from the place, but not before she gained some unexpected information. She transformed again after she bumped into Shido and hid. She then watched Shido as he looked for her, and she felt something in her heart as she observed Shido trying his best to find her. She observed Shido not escaping when the spacequake alarm went off in order to destroy a large falling object from the sky as well as fighting off the "doll" that was protecting it. But, when Shido was in danger and no one could save him, Natsumi appeared against her will and saved Shido. The battle continued, but with the combined effort of Natsumi, Shido, and Tohka, they destroyed the falling object and saved the town. After the battle, Natsumi cried as the group gave her unexpected praise for her actions. As they headed back to Ratatoskr, Natsumi pulled Shido to a spot where the other girls couldn’t see and kissed Shido knowing full well that it would seal her power (she acquired this information before she escaped). Unfortunately, she did not know that her Astral Dress would also disappear in the process.

Natsumi has jade-colored hair and eyes. She wears a purple semi-transparent suit with star patterns all over it. A belt is hung at her waist and some articles of cloth are attached to it. She wears a cape and a witch hat with a pair of bat wings and a belt with a gemstone attached to its front. Overall, her appearance resembles that of a flashy witch.

It is later revealed that her true form/normal form is a little girl with the appearance of a child with unkempt hair and clothing. However, after Shido and the girls (all the sealed spirits) cleaned her up and did a makeover, Natsumi has the appearance of a cute, petite girl.

The personality of the pre-sealed Natsumi is best described as self-loathing. Natsumi had a physiological perception problem in which she perceived everything negatively including herself. She was prone to be jealous of others that have facial and/or body types that are considered attractive or beautiful in which she does not have.

Reine speculated that Natsumi developed this way of thinking from past experiences on Earth while in her normal form. However, due to her power to transform and shape-shift, she tries to act and take on the persona of that form with a twist of her own personality in order to do some mischievous deeds. In addition, she created an "Onee-san" form in which she perceives as the perfect image of herself.

Reine speculated that Natsumi silently appeared on Earth from the other dimension many times in the past out of curiosity and during those times she learned a bit about human society and how it worked.

Natsumi's Angel, "Haniel", besides being able to fly and transform objects or subjects, also has the unique ability of sending things into a different dimension through a mirror similar to Kurumi's shadow dimension. While in Natsumi’s personal dimension, the objects or subjects are put into a stasis field. 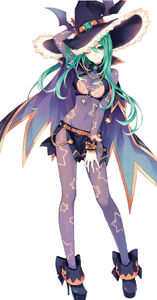 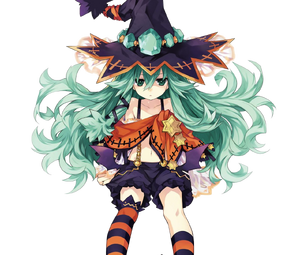 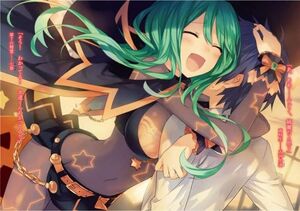 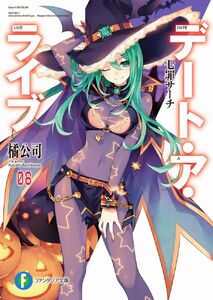 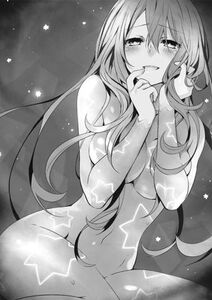 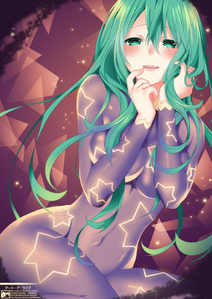 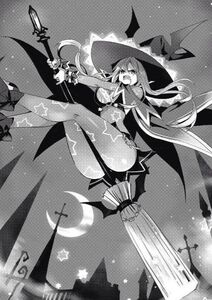 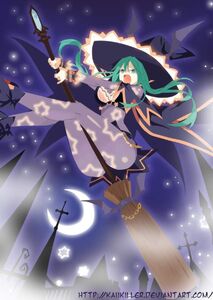 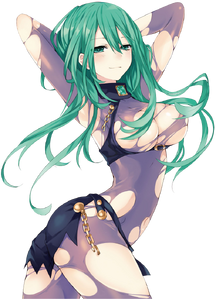