Dimension Traveler
Natsumi Hikari (光 夏海 Hikari Natsumi, referred to as "Natsumikan" by Tsukasa and "Natsumelon" by Daiki) is a young woman who works at the Hikari Photo Studio under her grandfather, Eijiro Hikari, having lived with him since childhood.

Prior to the series, Natsumi was a member of the Taigaku Club (or TG Club for short) with a group of friends. The club was created for students who intended to drop out of high school to find their own answers in life. Eventually, they changed their minds and decided to finish high school, dissolving the TG Club and promising to meet each other again later on.

At the start of the series, Natsumi has nightmares about a mysterious Rider know as "Decade" and later discovers his belt and cards in the destruction of her world, giving them to Tsukasa. Knowing the dangers, Natsumi decides to accompany him on his journey anyway.

She occasionally uses the Hikari family's "secret technique", the Laughing Pressure Point, to keep Tsukasa and others in line. It's possible she has feelings for Tsukasa, and it is often hinted at during conversations with Yusuke.

Despite Narutaki's offer to save her, Natsumi chooses to stay with Tsukasa until the end of their journey, not believing him to be "the destroyer of worlds" that Narutaki makes him out to be. However, she starts to worry after hearing from Narutaki later on that Tsukasa's actions are actually destroying the worlds rather than saving them.

In the World of Shinkenger, she assures Tsukasa that the Hikari Family Studio is as much Tsukasa's home as where he came from, as it is the place that he "always returns to". In the World of RX she puts herself between Apollo Geist and Tsukasa, deflecting Apollo Geists's Perfecter, which was meant to drain the life energy from Tsukasa to prolong Apollo Geist's life. Eventually she succumbs to the injury and dies in the hospital, as Daiki prevents Tsukasa from retrieving the Perfecter in time to save her life, but Tsukasa gives up part of his own life energy to revive her. In the World of Amazon she starts to truly wonder if there is a point in their journey, but continues in spite of that doubt. In the World of the Rider War, she is kidnapped by Apollo Geist, who intends to make her his bride and feed off of her life force. She is saved by her comrades, but her nightmares become reality and the Rider War begins, despite their efforts to stop it.

In Decade: Final Chapter Natsumi and her grandfather live alone again, after Tsukasa becomes Violent Emotion, Decade begins systematically eliminating all Kamen Riders, Daiki Kaito disappears, and Yusuke Onodera chases after Decade. She tries to convince Decade to stop what he's doing, but fails to make him see things her way. Instead, she becomes Kamen Rider Kiva-la, and fulfills her role as Decade's destroyer, as he allows her to kill him. Before dying, Tsukasa hands her the Kamen Ride Cards that the other Kamen Riders turned into after their defeat and asks her to remember them. The other Kamen Riders are revived, and Decade disappears.

After being told of Tsukasa's true role, she seeks out a way to revive him and succeeds by developing a half-exposed photo negative from inside Tsukasa's camera. Because it is a photo Natsumi took herself, it isn't warped, and she and the other A.R. Kamen Riders are able to fill in the blank areas of the photograph with their memories. Reunited with the rest of the group at last, Natsumi becomes Kamen Rider Kiva-la again to stop Super Shocker with Tsukasa, Daiki, and Yusuke and saves her grandfather after he reverts from Super Doctor Shinigami. She is last seen with her friends taking a picture after the conflict, after announcing their intent to continue traveling together. 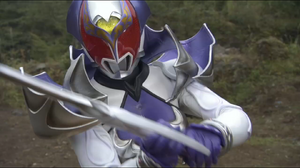 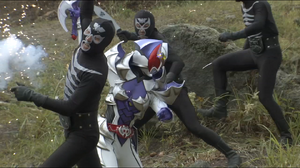 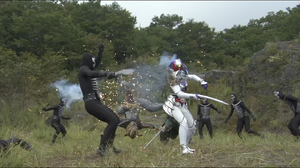 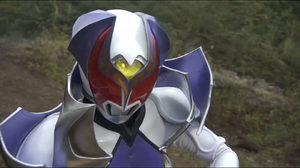 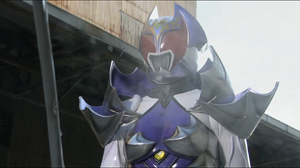