She is the 13-year-old powerful older sister of Fuyuki Hinata and the one in charge of the Hinata house when their mother is not home. A minor celebrity of sorts in her own school, she often gets pleas of help from classmates like Yayoi and Satsuki (below), due to her unparalleled physical skills. Feisty and genial, Natsumi is equally capable as a friend, a fighter, and a loving family member.

She is very strict on Keroro and always doubts of his intentions, physically abusing him on several occasions (as well as treating him as a house slave), and never calls him by name, only snapping "Boke gaeru" ("stupid frog") at him whenever she has to. Inversely, her infatuation with Saburo proves to be her only weakness on several occasions. Unlike her brother, Natsumi is highly sensitive spiritually, feeling an "oppression" when ghosts are near.

Natsumi's Keronian partner is Giroro, but theirs is the most unofficial as far as relationships go - while both relate to each other almost subliminally (from hot tempers and combative tendencies to a love for roasting sweet potatoes) and are close personally, Natsumi has no idea that Giroro has been infatuated with her since the day she first bested him in strategy and combat: an incident that involved her busting past his boobytraps armed with a leek, and taking him out with a bookbag to the head. In fact it is Keroro that Natsumi is more strongly connected to - their petty rivalries sit high above a deep, underlying current of mutual respect and concern that runs both ways. 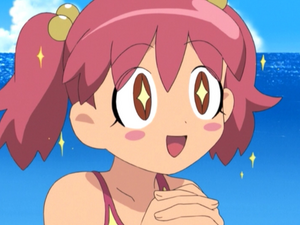 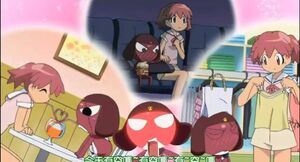 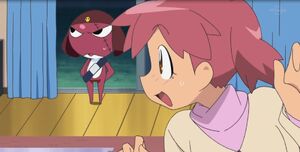 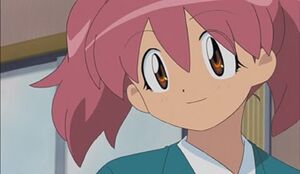 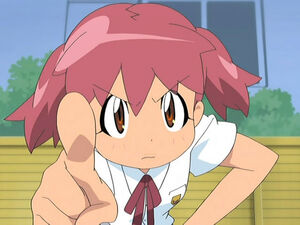 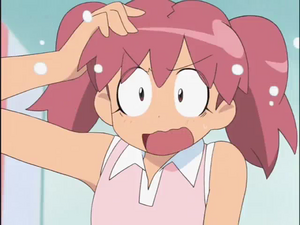 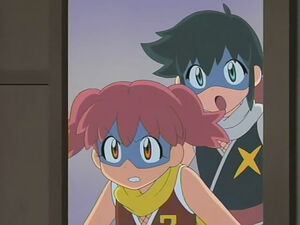 Add a photo to this gallery
Retrieved from "https://hero.fandom.com/wiki/Natsumi_Hinata?oldid=1959424"
Community content is available under CC-BY-SA unless otherwise noted.