She is princess of the Valley of the Wind and is loved by all its residents due to her kindness and loving care for all living things. Nausicaä is seemingly not scared of anything and always remains calm in any situation. Her determination and bravery save the valley and she is a role model to anyone. Nausicaä can read the wind extremely well like her father King Jihl, who is now bed-ridden due to slowly succumbing to the poison from the Toxic Jungle. She flies on a glider called a Mehve or Mowen.

Nausicaä befriends the Pejite prince, Asbel, and saves both his life and helps his twin sister, Lastelle, although she dies despite Nausicaä's attempts to save her. Nausicaä finally gives her own life in order to save the people of the Valley of the Wind from an Ohmu stampede. However, her bravery, courage, and compassion stop the Ohmu and she is resurrected by the insects. Upon her resurrection, Nausicaä thank the insects and walk through their glowing golden tentacles as though they were fields in her dress that is drenched blue by their baby's blood, unknowingly fulfilling the one thousand year old prophecy of the blue-cladded savior who will reconnect mankind with the Earth. 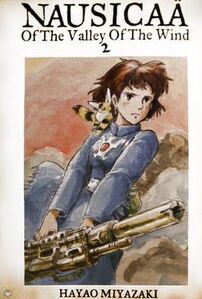 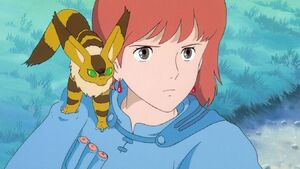 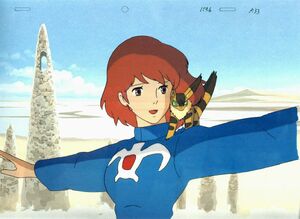 Retrieved from "https://hero.fandom.com/wiki/Nausicaa?oldid=1532679"
Community content is available under CC-BY-SA unless otherwise noted.