Depends on the episode

Nazz is one of the main characters and the unattainable love interest in the show, Ed, Edd, n Eddy. Trendy and beautiful, she mostly hangs out with Kevin. All of the boys except Rolf and Jimmy are infatuated with her. Whenever she approaches, the Eds begin to sweat, and lose the ability to speak coherently. She is the head cheerleader at Peach Creek Jr. High. Although Nazz is usually depicted as sweet and smart, she can occasionally be a bit eccentric and acts as the stereotypical "dumb blonde." She doesn't mind the Eds unless they bother her or her friends. She usually wears a white tank top with a black T-shirt underneath and jeans. For bedtime, she's been shown wearing underwear and a tank top.

She was voiced by Tabitha St. Germain (In season 1, episode 1); Erin Fitzgerald (Seasons 1-2, 4-6) and Jenn Forgie (Season 3) (whom both voiced May from the same series)

Nazz is a good-natured, sweet, mature yet somewhat ditzy, fashionable girl who normally treats her peers (including the Eds) respectfully; however, when antagonized she will react violently to the cause of her agitation or partake in harming the Eds as discipline for an alleged misdeed that they have committed. A majority of the male characters featured in the series are smitten with her, and an entire episode once chronicled their many failed attempts at wooing her. She also possesses a number of humorous eccentricities, such as the ability to yodel, substandard skills at playing a rather large tuba and is often depicted with poor table etiquette. Edd seems to be the Ed that Nazz is closest to, as he was the first character she'd kissed in the series in "The Day the Ed Stood Still", took him trick-or-treating in the Halloween special, and got him to dance with her at the school dance in "May I Have this Ed?". She appears to have a crush on Kevin, though he is mostly oblivious to this; he favors his bike more. Although one of the most mature of the neighborhood kids, she occasionally displays traits of the stereotypical "dumb blonde". She is presumably of Dutch descent, based on her surname. She is also the only character besides the Kankers to have a confirmed surname, ironically rumored to be an ad-lib by Erin Fitzgerald during recording. 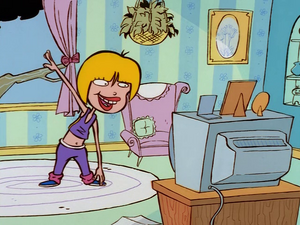 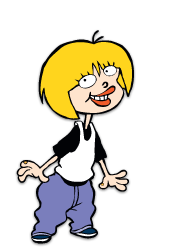 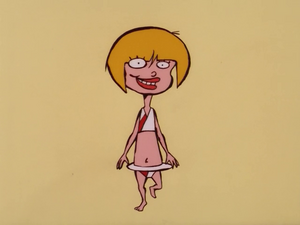 Nazz in her swimsuit. 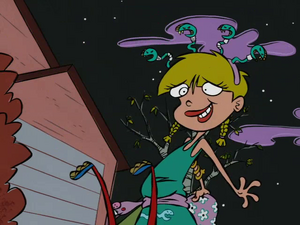 Nazz in her halloween costume. 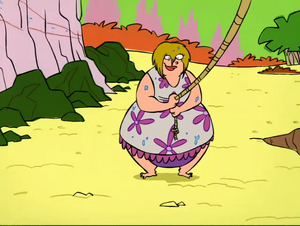 Nazz when she was fat and chubby. 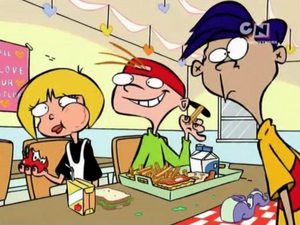 Nazz with her friends Kevin and Rolf. 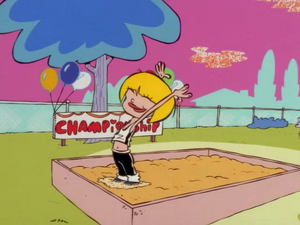 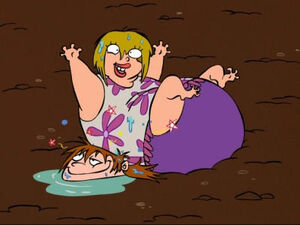 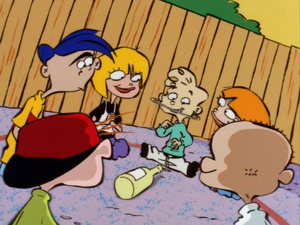