Ned Bigby is the main protagonist of the Nickelodeon show called Ned's Declassified School Survival Guide. He is a student that is lazy but smart. His best friends are Cookie and Moze. He uses his guide to help viewers deal with certain problems in school. His archenemies are Missy Meany, Billy Loomer, and Mr. Sweeney. He is the neighbor and boyfriend of Moze. Even that he is a troublemaker he cares deeply about his friends.

He was portrayed by Devon Werkheiser.

Very outgoing and funny along with his two best friends. Anxious to make it through middle school and somewhat lazy in classes, but gives the best advice.

Billy Loomer-He always bullies Ned but as time passes by he is seen to be much nicer to him and sometimes even treat ned as a frenemy. 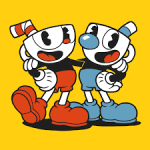