Help her family to protect the world.

Amazon
Nene is a character in the Samurai Warriors series. She is the wife of Hideyoshi Toyotomi.

Nene is often compered to be a ninja, she is being cheerful and caring for others due to her good-hearted nature. Depending on her husband, mostly of family members were like themselves. In order to cheer for Hideyoshi and his family who want to become the world, they are good at the ninja dance.

When Nene has been make Hideyoshi doing for best decisions since their served under Nobunaga. Althrough Mitsuhide later betrayed his lord, Hideyoshi is very reluctant to take revenge for his lord. Through Nene is able to console herself and support her husband and three childrens (Kiyomasa, Masanori, and Mitsunari), then she always agrees to join them in battle and encourage others.

After Hideyoshi become Nobunaga's successor, Oichi didn't like Hideyoshi's new rules and asked Katsuie to assist her rebellion of Shizugatake. After the victory, the Oda clan disappeared. Right before the battle, she feels wants told Hideyoshi and continue to be responsible for them.

However, Nene immediately used her kunoichi emissary and the spells of Hideyoshi to express her love for marriage, but she is not jealous and wants to stop him from swindling her when their goes out. After Hōjō was defeated on the battle, Hideyoshi and Toshiie finally died in the hands of others, Nene really wants to ensure that her own destiny stays with Chacha and enjoys their independent life. 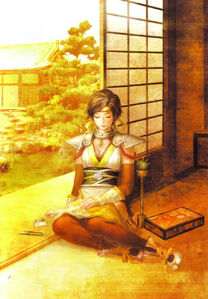 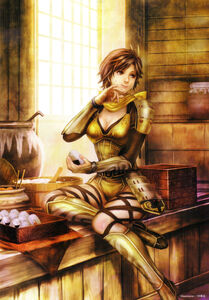 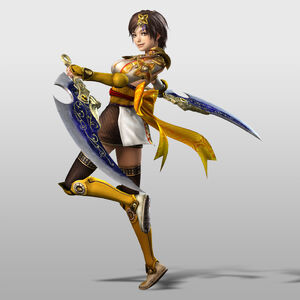 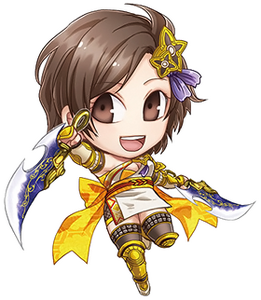 Retrieved from "https://hero.fandom.com/wiki/Nene_(Koei)?oldid=1862428"
Community content is available under CC-BY-SA unless otherwise noted.