Professor of Herbology at Hogwarts School of Witchcraft and Wizardry

Skilled with the Sword of Gryffindor

Professor Neville Longbottom (born 30 July 1980) is one of the protagonists of the Harry Potter series. He is a pure-blood wizard who began school at Hogwarts School of Witchcraft and Wizardry in 1991, and was sorted into Gryffindor house.

He was portrayed by Matthew Lewis.

His parents, Alice and Frank Longbottom, were well-respected Aurors and members of the first Order of the Phoenix. Shortly after Neville's birth, they were tortured into insanity by four Death Eaters with the Cruciatus Curse and placed in the Janus Thickey Ward at St Mungo's Hospital for Magical Maladies and Injuries, leaving Neville to be raised by his formidable grandmother, Augusta Longbottom.

Coming to attend Hogwarts, Neville quickly developed a reputation as being an incompetent and accident-prone dolt. Harry Potter only learned the truth about him near the end of his first year. However, Neville having the courage to stand up to his own friends impressed Dumbledore so much that he awarded just enough house points to him to allow Gryffindor to win the House Cup.

Neville would go on to be a part of Dumbledore's Army, where he came face-to-face with Bellatrix Lestrange, the Death Eater who tortured his parents to insanity. When Voldemort's Death Eaters took over Hogwarts, Neville led the resistance against them, even suffering torture from the Death Eaters in response to his defiance. During the final battle, he proved himself to be a true Gryffindor by wielding Godric Gryffindor's sword and using it to slay Nagini, Voldemort's final Horcrux, itself an act that sealed the Dark Lord's fate. Because of this, it could be argued that he was the one that ended up ultimately killing the Dark Lord. 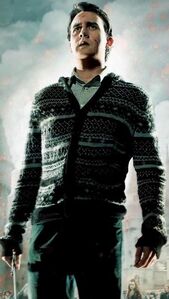 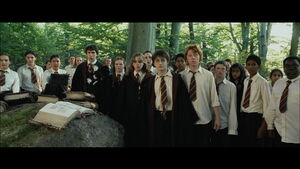 Neville and his classmates meeting Buckbeak. 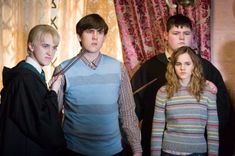 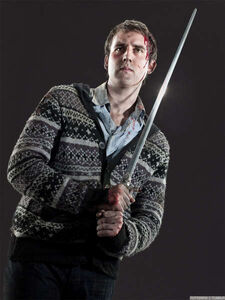 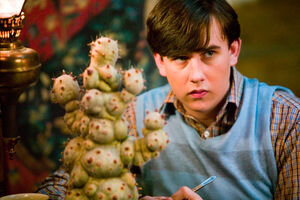