Make sure to not use her powers to start a conflict and not reveal any dangerous information. (succeeded)

Nia Honjou, also known as The Second Spirit, is a major heroine in Date A Live franchise who is first mentioned by Kurumi Tokisaki in Volume 7 and appears in Volume 12.

She is the ninth Spirit that seems to be the only one who knows the whereabouts of the First Spirit. Kurumi had attacked DEM on two occasions to rescue her, only to found out that she had escaped to the Tenguu City.

While at first causing spacequakes like the other spirits, at some point Nia was able to reintegrate herself with society. However, curious about where she came from, she used her angel Rasiel and found about her former life. Following this, Nia started to use Rasiel to find information on everyone she encountered. As a result, she discovered the dark side of humanity, causing her to believe she couldn't trust anyone. Because of this Nia fell in love with the 2D world of manga and video games, since the characters in there could never harbor negative feelings towards her. However, she still wanted to live in society so contact with others was unavoidable. As a result, Nia started to treat others as if they were just characters in a video game, communicating with them but having no real interest in them as people. Nia especially liked a manga called "Chronicle" and its main character Tokiya. Around 10 years ago, she was able to get a job as a manga artist under the pen name of "Souji Honjou". The Manga written by her, "Silver Bullet", ended up becoming a hit.

However, around 5 years ago, Nia's existence was discovered by Deus.Ex.Machina Industries, who send Ellen Mira Mathersafter her. Ellen managed to defeat Nia and capture her alive by catching her by surprise through a sneak attack. The fans of her manga only knew that she had disappeared and it was believed to be because of an argument between her with her editor. While in DEM's captivity, Isaac Westcott and Ellen put Nia through horrible physical torture to make her go into her Inverse Form. However, no matter what they did she did not Inverse. 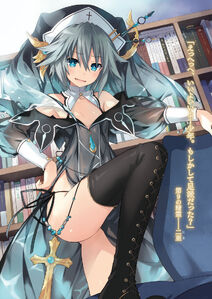 Nia on the cover of Volume 13. 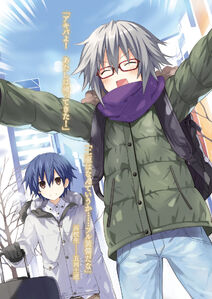 Nia and Shido head to Akihabara. 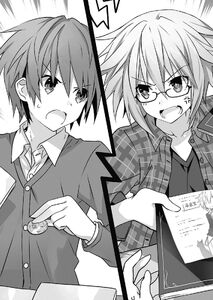 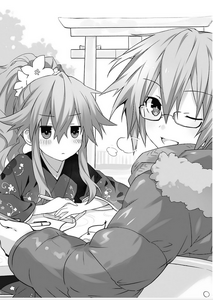 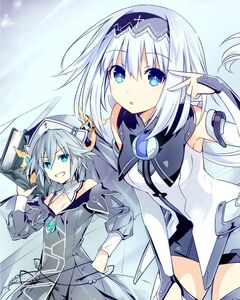 Nia with Maria after defending Origami and Mana from Athiel. 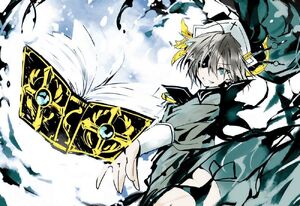 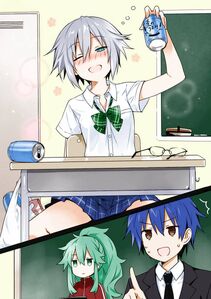 A drunk Nia.
Add a photo to this gallery

Retrieved from "https://hero.fandom.com/wiki/Nia_Honjou?oldid=1953273"
Community content is available under CC-BY-SA unless otherwise noted.