Help Simon defeat her father and the Anti-Spiral (succeeded).

She is voiced by Yukari Fukui in the Japanese version, while in the English version she is voiced by Hynden Walch (Who also voiced Starfire and Princess Bubblegum) as a teenager and Bridget Hoffman as an adult.

Nia is a delicate-looking young girl of average height with curly, light blue/pale blonde hair. Her initial appearance shows her to have extremely long hair running down her back until it is one day ruined during the gunfire of battle (caused by Yoko pretending to shoot her in the head but missing on purpose to hit the gunmen's shoulder). She later asks Yoko to cut it to just above her shoulders. She has peach skin and unique blue eyes with pink crosses ("+") for pupils (designed to look like flowers). She wears a variety of outfits, mostly pink and white.

In Part Two she looks mostly the same, but her features have matured, gaining womanly curves. Her hair has become straighter and returned to its old length. As usual, she wears a white and pink dress, along with the ring Simon gave to her when he proposed. After the Human Extermination System is activated, her skin becomes covered with red circuit lines and her eyes gain a flat, darkened tone. Her dress is eventually replaced by a skintight bodysuit covering everything up to her head; the suit itself is black with red circuit lines and asymmetrical turquoise highlights.

Upon being recalled to the Anti-Spiral home-world, Nia's eyes return to normal, but her outfit remains the same. When Team Dai-Gurren frees her, her bodysuit dissolves, but Simon catches her with his longcoat, which she wears for the rest of the battle. After her return to Earth, she is given a white wedding dress for her marriage to Simon.

Nia is a sweet, kind and caring girl by nature. She always likes people to be happy and is highly empathetic to others, especially Simon. However, she is also hopelessly naive; initially, she doesn't know what a fist is, what it means to be pissed off or even what an enemy is. As such, she can be rather tactless and insensitive, even if she never means to be, a prime example being when she attempts to convince Simon that he can manage just fine without Kamina, which Simon and Yoko dismiss as baseless since she didn't know him and only makes the two of them feel even worse.

Through her travels with Team Dai-Gurren, Nia opts for a change in her personality a little. She eventually follows Kamina's words and believes in Simon with her entire being. Also in her travels, she shows a rational thought process similar to Yoko and is very willing to stand up against the odds when need be. She also can't stand being useless, even asking Simon to get her something to do while on their way to Teppelin. Ultimately, she becomes a cook for the team, though only Simon and Boota are shown to like her cooking.

Despite being a pacifist by nature, Nia is a bit rash and will not hesitate to throw herself into the fray to try and reason with the enemy. In season 1, she does so three times (though one of them was addressing soldiers about them sacrificing themselves.). In this regard, Nia can often be oblivious to certain words and meanings due to her sheltered life.

After being introduced, Nia becomes Simon's emotional support after the latter's devastation with Kamina's death which helped Simon recover. After being viewed as suspicious by the other members of Team Dai-Gurren for being the daughter of Lord Genome, the Spiral King, she is eventually accepted by her new companions and travels alongside them to stop her father's tyranny. Eventually, Nia ends up falling in love with Simon along the journey and they decided to get married. Before that happened, Nia eventually is revealed to be the Anti-Spiral's messenger to which she serves after they convert her to be their messenger. Once Simon rescues and frees her from her creators, she once again joins her comrades to defeat the Anti-Spiral. 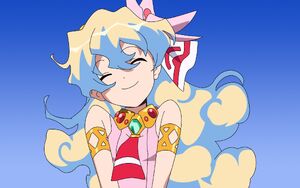 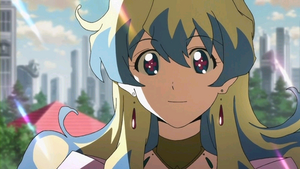 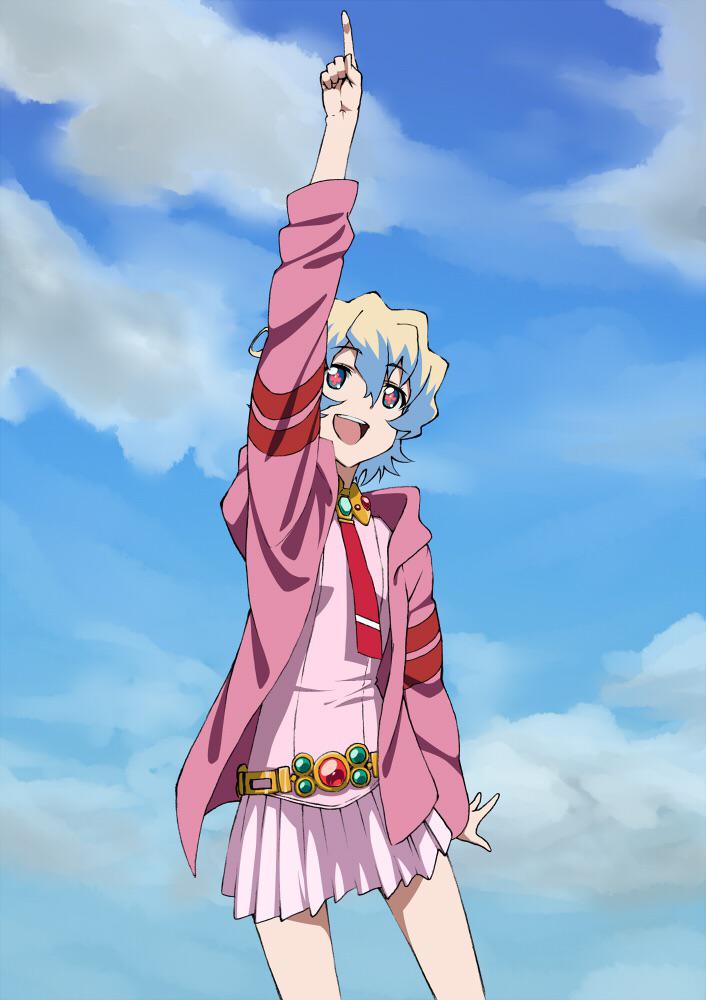 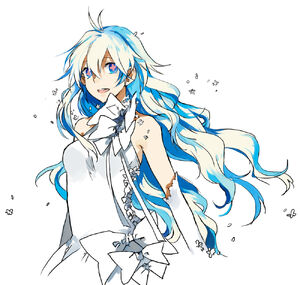 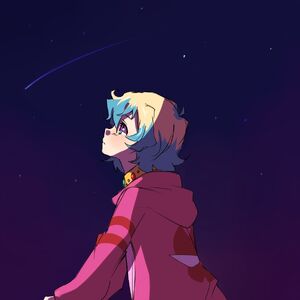 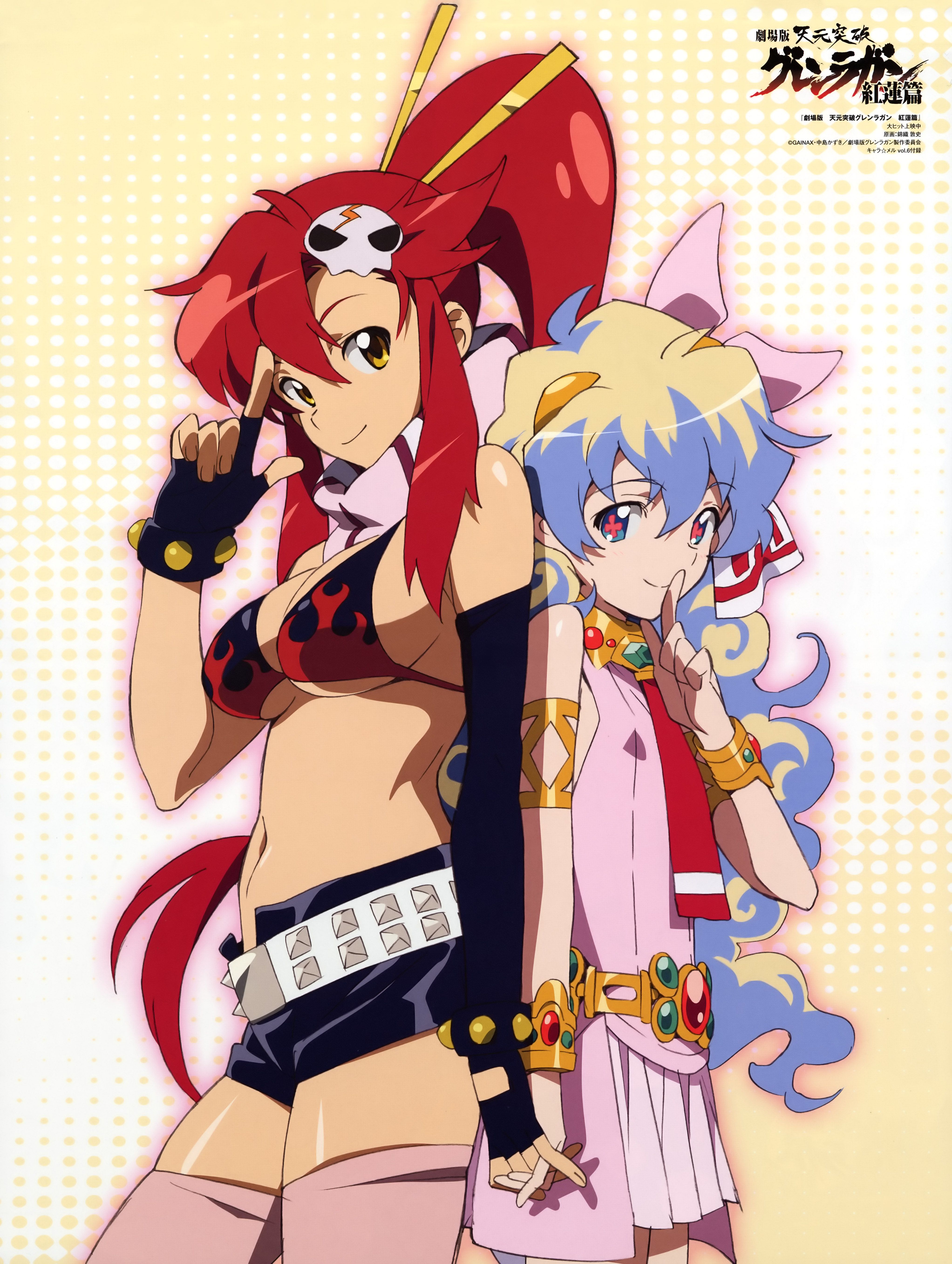 Yoko and Nia
Add a photo to this gallery

Retrieved from "https://hero.fandom.com/wiki/Nia_Teppelin?oldid=1939551"
Community content is available under CC-BY-SA unless otherwise noted.