Arrogant Hero
Nicholas "Nick" Dean is the most popular kid located in Retroville whom all the girls dig, who also happens to be one of Jimmy's best friends. He rides a skateboard, doing stunts which sometimes ends up getting him injured, where in the episode Lady Sings the News, Jimmy comments that Nick has broken his leg sixteen times in this year alone. Nick plays the role of a big brother to Jimmy and loves giving him advice, even though Jimmy usually ends up in trouble because of it. Nonetheless, Jimmy and Nick get along well and are very good friends. Nick often gets annoyed with Sheen's constant ramblings about Ultra Lord and usually yells at him because of it. Nick was supposed to be part of the main gang, but then Libby took his place when she started being used more. In the planned season four, he would've rejoined the main cast and further developed his relationships with Jimmy and the rest of the gang. 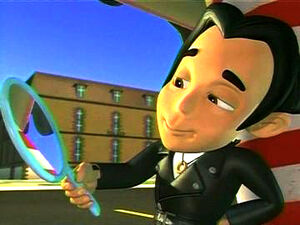 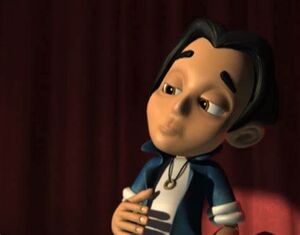