Hyper-Cosmic Awareness (as The Unseen, formerly)

Protect the world from threats and corruption

Colonel Nicholas Joseph "Nick" Fury is a fictional character and superhero in Marvel comics and its universe, being well known for being the head of S.H.I.E.L.D. and a military hero. After his service in World War II, Fury became the head of S.H.I.E.L.D. and ally of the Avengers, who were tasked with protecting the world from galactic, supernatural, and mystical threats, and the Fantastic Four.

He was created by the late Stan Lee and the late Jack Kirby, and first appeared in Sgt. Fury and his Howling Commandos # 1 in May of 1963.

Nick Fury is the head of the meta-human regulation organization known as S.H.I.E.L.D. in Marvel and often a go between for the Avengers. He also has a brother who is his exact opposite named Jake who is a villain named Scorpio. While Fury has his superiors, S.H.I.E.L.D. exists as an off the books group with no official links to any government or leader and so Fury often acts as the de-facto leader of the group granting his sponsors' anonymity and him the relative authority to act without immediate oversight.

While Fury, and most agents of S.H.I.E.L.D. are not themselves meta-humans all members are trained to deal with superhuman threats and Fury himself is considered a threat on-par with the Hulk despite his his low-level superpowers. Nick Fury's combat training, know-how, determination, and tactical genius are what make him the hero he is. While having a less than righteous personality and being second guessed by many politicians and super heroes Fury has a very firm since of ethics that have kept S.H.I.E.L.D. running smoothly and altruistically for decades.

Nick Fury fought in World War II and became a decorated soldier and commanding officer. Fury was hailed for his ability to get the most men out of an operation alive, whether it was a rescue mission or assault. Fury's men came to be known as the Howling Commandos. Fury's abilities saw him tour all around Europe and western Asia. During his tour of service, Nick Fury came upon an experimental formula in Nazi project called the Infinity Formula which slowed the aging process to a crawl. With the formula confirmed to be safe and effective, Fury and the other Howling Commandos all received annual injections to keep themselves relatively young and fighting fit as the years passed.

Once the war ended, Fury was given a spot on the C.I.A., partly for his service and partially because of the meta-human contacts he had made during his service that made him an invaluable liaison for the government to oversee various extra-normal incidents. Fury worked closely with Richard and Mary Parker, parents of Peter Parker and became a go between for the US government and The Fantastic Four. One of Fury's most famous war buddies would be Captain America.

As it turned out Fury's most valuable contact would become Tony Stark. Stark had been working on cutting edge technology that he neither trusted to put on the market nor in the hands of the military, and so Stark wished to create an organization with a strict ethical oversight to "watch the watchmen" as it were. Stark had seen Fury's record, knew most of the same super-heroes who served with him and worked with Fury on a couple of occasions, all of which lead him to believe he was exactly the sort of person Stark could trust to head the new organization and made him the offer to run it.

Fury accepted and Stark turned over his technological stock-pile and a generous financial backing as well. Fury wished to recruit his own staff, Stark concurred and S.H.I.E.L.D. was formed. The original members of S.H.I.E.L.D were all people Nick Fury knew first hand to be trustworthy and competent, most of which were people he had served with during the War. Fury was able to make contacts in the United Nations and got the backing he needed to oversight certain governments if the need arose. Though Stark had laid the foundation for a small national oversight committee, it would be Fury's directive that turned S.H.I.E.L.D into a world class counter-espionage power. 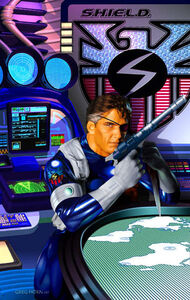 Fury in the modern age. 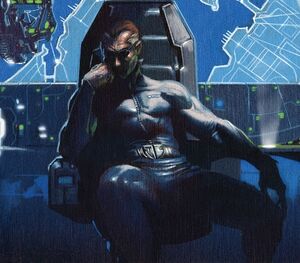 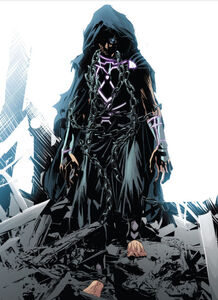 Fury as The Unseen. 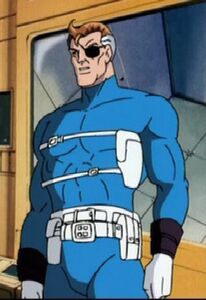 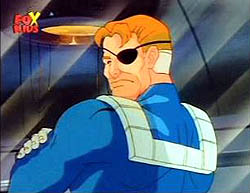 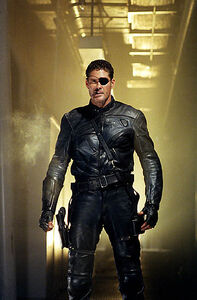 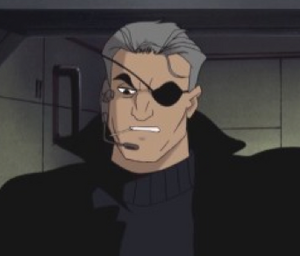 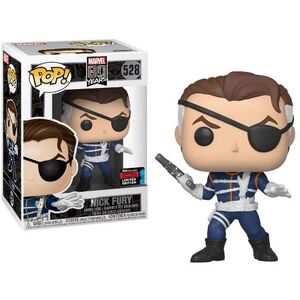