Save everyone from Kamen Rider Chronicle.

Nico was already a skilled gamer by the age of 12, going by the alias of "N". During a gaming tournament in 2010, Nico was observing Genius Gamer M winning against another gamer. She later made it to the final round playing against M but lost, attaining second place in the tournament. Though M was impressed by her gaming skill and hoped to play against her again sometime in the future, Nico was dissatisfied and developed a grudge against M. A New Challenger Appears! The Paradox of Defeating M

Nico would later go on to win numerous game tournaments as "N", earning a huge amount of income. As her only loss in gaming was her loss to M, she vowed to avenge this, waiting for a chance where she could defeat M once and for all.

Nico first appears in Taiga's clinic, asking if he could defeat M for her and introduces herself before Taiga leaves. Christmas Special: Targeting the Silver X mas!

She visits Taiga again during his internet investigations into Kuroto Dan and Genm Corp. Nico fakes Game Illness in order for Taiga to pay attention to her, but she shows gratitude for him actually checking her anyway despite his annoyance of her lying. She reveals she knows of Taiga from stories on the internet including eyewitness reports. Nico once again asks for Taiga to defeat M and she seems puzzled as to why he has Genm Corp. games for use as medical equipment, but Taiga tells her not to touch his Gashats and forces her to leave.

Attempting to Transform into a Kamen Rider

Nico eventually pushed Taiga too far by attempting to move into his hospital, after which he told her never to return before storming off. In an effort to take matters into her own hands, she stole Taiga's Gamer Driver and the Bang Bang Shooting Gashat, and faked a call to CR. When Emu and Asuna arrived, Nico attacked Emu and attempted to transform. However, without the compatibility surgery, she instead awakened the dormant Bugster Virus inside of her. After Revol emerged from her and escaped, Nico was brought to CR. A New Challenger Appears! Due to her grudge against M, she refused treatment and openly antagonized him. Eventually Taiga came to retrieve her from CR. The Paradox of Defeating M

Kuroto told Emu the reason behind Emu becoming Ex-Aid without the need of a compatibility surgery, his recent headaches after transforming, and his ability to create Gashats. Nico attempted to stop Kuroto from revealing the reason behind all this, but it was too late, as Kuroto revealed the reason despite the objections against it: Emu was the first patient in the world to be infected with the Bugster virus. The Truth Exposed

Nico was one of the witnesses of Emu's Game Illness breaking out, and upon returning to Taiga's clinic, she stated that if she lost to "Genius Gamer M", she didn't actually lose to M himself, but rather the Bugster inside him. A Sudden Fantasy!?

After Kuroto's death at the hands of Parad, Nico was relieve that Kuroto is no longer a threat anymore, but Taiga replies even after Kuroto is gone now, the remaining Bugsters like Parad are still on the loose, as the battle still continues to stop Kamen Rider Chronicle Gashat from being produced completely.To The Max, Dead or Alive!

Go Together, Embracing Your Ambitions!

Nico got a shocking info about sudden mass-production of Kamen Rider Chronicle Gashats and show it to Taiga. Becoming suspicious of this "new" Genm Corp. marketing, she and Taiga goes to the company to find the new CEO Ren Amagasaki, and Hiiro also goes there for the same thing on this suspicion.Start the New Game!

Tantalized by the prospect of becoming a hero, Nico found a copy of Kamen Rider Chronicle and became a Ride Player. Christening herself as "Ride-Player Nico", Nico's skills as a gamer allowed her to become the first Ride Player to defeat a Bugster.

Nico has a tomboyish yet bubbly personality, but is immature and incredibly childish. Competitive to a fault, she had a vendetta against Emu simply because he beat her in a gaming tournament. She has shown herself to be bossy and manipulative: completely redecorating a room in Taiga's hospital and CR during her stay (done in both instances without permission), and faking a Game Illness outbreak in an attempt to defeat Emu (ironically, this attempt actually triggered an outbreak). Her bark is much worse than her bite: she often boasts and makes claims that can't be backed up, particularly in regards to the other Riders.

Despite her somewhat unlikable demeanor, Nico is not completely self-absorbed: she helped civilians escape during Genm's attack on Genm Corp. Nico has also shown to act somewhat as a moral compass for Taiga, occasionally asking him questions about his true intentions that break through his tough demeanor. Later on, after defeating Loverica, she even helped him locate the Bugsters they needed to beat to clear Kamen Rider Chronicle, even if they both have their own reasons for playing.

Nico is also shown to have somewhat of a sincere side. After learning that the person she lost to six years ago was not really Emu but in reality Parad who was possessing Emu, she feels apologetic towards Emu for the unnecessary trouble, and now resolves to settle things with Parad instead.

Despite having a similar appearance to normal Ride-Players, Nico uses her personal items to differentiate herself from others, including wearing her civilian hat, carrying her civilian backpack, wearing her arm bands, and putting a sticker on her left chest mail. Additionally, after applying these items, she doesn't need to re-apply these when she transforms again.

There will also be stars added to the Rider Gauge area, with the amount of stars shown corresponds to the amount of Bugsters that Nico has defeated within the game.

Also, despite Ride-Players have their default stats and assuming Nico should be the same as them, she actually has much higher stats, beating every Ride-Player in existence and slightly lower than Ex-Aid Level 10 and Genm Level 10, making her on par with a Level 10 Rider. She is also shown to be quite fast and agile, easily dodging Revol's attacks while using her surroundings and the Energy Items to help her fight against the Bugsters.

This form's finisher is the Nico Critical Kick (ニコクリティカルキック, Niko Kuritikaru Kikku): Nico jumps high in the air and performs a Rider Kick at the enemy charged with rainbow energy. Also, unlike any Critical finisher, she announces this finisher name by herself when using it.

Ride-Players detransform by pressing the Kamen Rider Chronicle Gashat's button again. Where they store the Gashat while transformed is unclear. 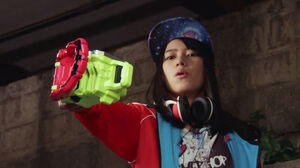 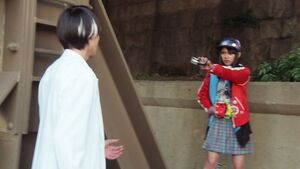 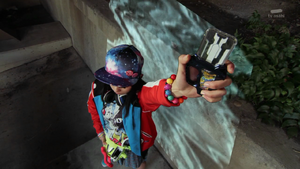 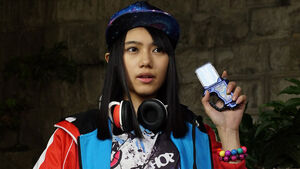 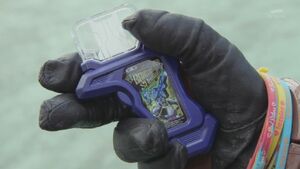 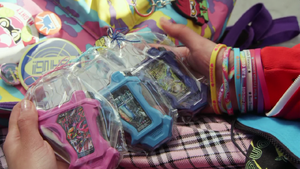 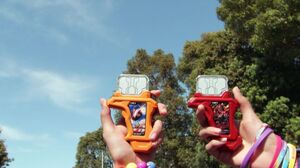 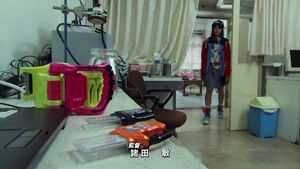 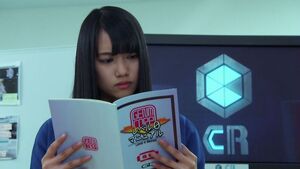 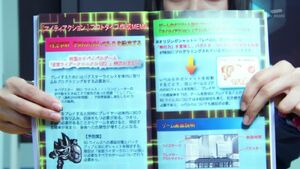 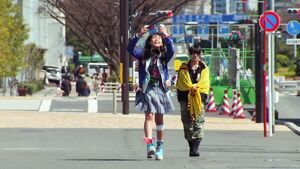 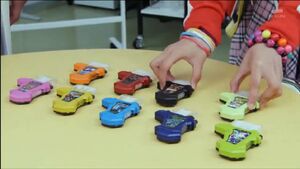 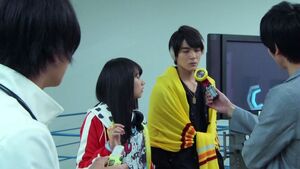 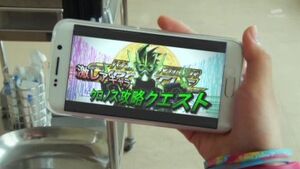 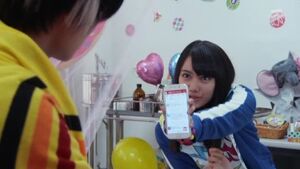 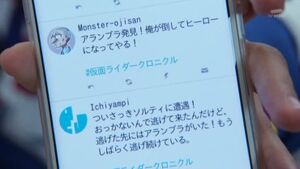 Retrieved from "https://hero.fandom.com/wiki/Nico_Saiba?oldid=1777337"
Community content is available under CC-BY-SA unless otherwise noted.