To defeat Kronos and the Titans (succeeded)


To defeat Gaia and the Giants (succeeded)

Titans
Dr. Thorn
Luke Castellan (until Luke has a change of heart and sacrifices himself to kill Kronos)
Gaia
Giants
Percy Jackson (until his sister Bianca reminds him that Percy is innocent)

Nico di Angelo is the son of Maria di Angelo and the Greek god Hades, the younger brother of Bianca, the half-brother of Hazel Levesque, the current boyfriend of Will Solace. His one of the main characters in Percy Jackson & the Olympians and The Heroes Of Olympus. He also appears in The Trials Of Apollo.

A few years later, Nico, along with his sister and mother, moved to America. After Maria was killed when Zeus blasted the building she was in with the children, a devastated Hades had one of his Furies erase Nico and Bianca's memories of the incident, before placing them in a place where time worked very differently (The Lotus Hotel and Casino). Nico and Bianca believed that they stayed at the hotel for a few months, but actually stay there for seventy years, as it was the present day when they were taken out by a lawyer (who was actually the Fury Alecto in disguise).

Nico went to a military school called Westover Hall with Bianca, and in the third Percy Jackson book The Titan's Curse, learned that he and Bianca were demigods. At first he was very childish and innocent and was obssesed with card games and spoke his age. He was disappointed when Bianca told him that she had joined the Hunters of Artemis rather than stay with him at Camp Half-Blood. Being he's too young, he can't accompany Bianca on her quest and asked Percy to look after her. But when Bianca died during the quest, Nico blamed Percy and left Camp Half-Blood and continued to hold a grudge against Percy. However, Bianca's ghost told Nico that it wasn't Percy's fault that she died and told him to stop holding grudges as it is a flaw to children of Hades. Following this, Nico became friendly with Percy again.

One time whilst visiting the Undeworld to try and revive Bianca, Nico came across Hazel, a daughter of Pluto and instead brought her back to the living world since Bianca had been reborn. Nico later helps Hazel and the six other demigods of the Prophecy of Seven (the others being Percy Jackson (son of Poseidon), Annabeth Chase (daughter of Athena), Jason Grace (son of Jupiter), Piper McLean (daughter of Aphrodite), Leo Valdez (son of Hephaestus) and Frank Zhang (son of Mars) in battling Gaia's Giants.

During a meeting with Cupid (the Roman god of Love) in The House of Hades, Nico admits to Jason that he is homosexual and that he has a crush on Percy. However, after the defeat of Gaea and the Giants, Nico moves on from Percy and begins a relationship with Will Solace (son of Apollo). 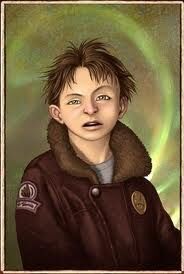 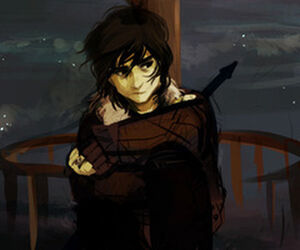 Retrieved from "https://hero.fandom.com/wiki/Nico_di_Angelo?oldid=2310188"
Community content is available under CC-BY-SA unless otherwise noted.