Nigel Charles Ratburn is a character from the Arthur picture books and TV series. He is Arthur's 3rd grade and later 4th grade teacher.

Nigel is an anthropomorphic rat with tan skin, a pink nose, trimmed whiskers, and a small amount of black hair. He most commonly wears a green jacket with a yellow shirt underneath, a red tie, and greenish-yellow pants. In the books, he has clumpy brown hair instead.

In the first few seasons of the TV series, his skin was brown, but was later changed to orange. However, it became brown again from season 16 onward.

Nigel is known among his students as a very strict teacher, and often gives them a lot of homework or other out-of-school projects to do. Early on in the TV series, his students believed scary things about him, such as him supposedly eating nails for breakfast, but none of those were true. Despite his strictness, he does care about his students.

In his free time, he partakes in various hobbies, such as birdwatching, puppetry, or playing in his rock band named "The Lost Teachers". He is also a fan of a fictional television series named Spooky Poo (a parody of Scooby Doo).

He is often shown to be inept with modern technology, such as getting scammed multiple times when using the Internet for the first time. But in some situations, he becomes more adept with certain forms of technology, such as tablets and online stores.

As a kid, Ratburn attended a private school named Glenbrook Academy, where he was taught by a teacher named Mr. Pryce Jones, whose strict teaching style, according to Ratburn himself, pushed him and the other students to their limits, and made Ratburn, when he later became a teacher himself, consider himself to not be a tough teacher in comparison.

Not much else is known about his college years, except that he was a member of a band named "Ratburn Rats". 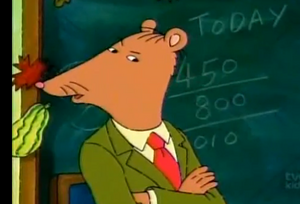 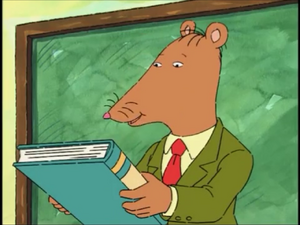 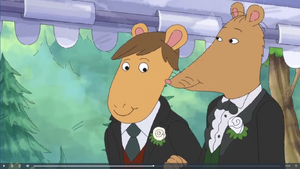 Retrieved from "https://hero.fandom.com/wiki/Nigel_Ratburn?oldid=1536201"
Community content is available under CC-BY-SA unless otherwise noted.