Stealth
Members possess enhanced strength, resilience and agility
Teigu users (each members's Teigu skill varies)
Has former imperial agents who knows Empire very well
Dedication to their causes and to each other

Assassinate corrupt officials of the Empire

Ovethrow the Empire (both succeeded)

Night Raid are the main protagonistic faction and a heroic organization in the anime and manga Akame ga Kill!. It is one of the covert divisions of the Revolutionary Army.

Night Raid's main function is to handle intelligence and assassinations within the capital of the Empire. In addition, the members of Night Raid are charged with the retrieval of any Teigu discovered in order to boost the combat effectiveness of the Rebel Army. When not under direct orders from the HQ, Night Raid opens itself as an "assassins for hire" firm to the general public. However, they do not take just any job from just anyone and will often investigate both the client and target's background in order to avoid possible deception and traps. Night Raid normally operates at night (hence the name). Their former base was located 10 km from the capital in the mountains, but they were forced to relocate after Team Stylish's attack in fear of being discovered.

Night Raid is composed of two groups. One works within the city (led by Najenda), while another handles the surrounding lands beyond the walls of the capital. The division outside the capital was completely destroyed by the "Three Beasts", its only survivor being Chelsea who was soon transferred to Night Raid's capital group. The number of members in that group, in addition to whether or not they used Teigu, are currently unknown. Although Chelsea has hinted that they had the same lively disposition as the current team which ultimately led to their downfall.

In order to oppose Night Raid, the Empire created two special units, the Jaegers and Wild Hunt, both of which have caused Night Raid considerable losses in skirmishes.

Despite their heroic deeds the members of Night Raid do not see themselves as heroes, for they only accept/carry out tasks that are paid to them and not doing their deeds out of pure goodness, belief in just cause or principle of virtue.

In both anime and manga, Night Raid finally does succeed in overthrowing the corrupt empire. After the empire is undone, The revolutionary army took over and transitioned the empire to autonomous federalized republic. With Najenda now new leader of the republic, she orders Night Raid to be dissolved. Because Night Raid's activities involved high-profile sabotages and assassinations, Najenda and her newly formed council from Revolutionary Army deemed that Night Raid's existence and deed must never be known. Along with the organization all heroic deeds of Night Raid's members (although they did not see themselves as such) have faded into the abyss of history and public will never know of its existence.

The current members of Night Raid's Capital sub-division. With the destruction of the group responsible for activities beyond the capital walls, the following members are believed to be all that is left of Night Raid.

Members from Night Raid that were killed during missions since the start of the story. 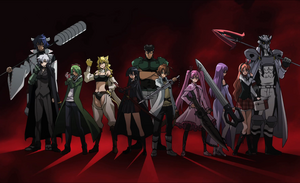 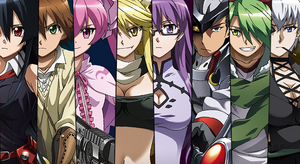 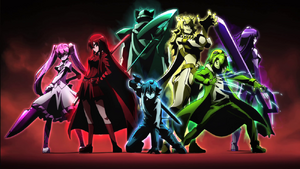 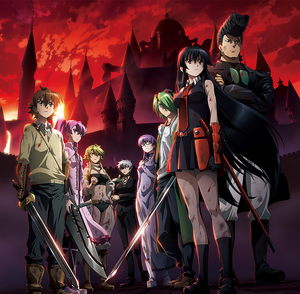 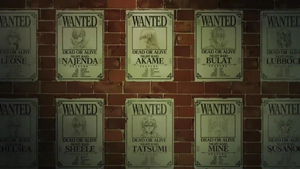 Retrieved from "https://hero.fandom.com/wiki/Night_Raid?oldid=2155776"
Community content is available under CC-BY-SA unless otherwise noted.