Note: This article is about Nightcap from Plants vs. Zombies Heroes, for the character from Battle for Neighborville, see Night Cap.

Nightcap, formerly known as Night Cap, is one of the main protagonists of the mobile game Plants vs. Zombies Heroes. He is a mushroom martial artist who leads Ka-bloom and Smarty classes.

Not much is known about Nightcap's origin. However, in his introduction comic strips, he came to rescue a group of plants who were under attack by Immorticia, The Smash, and Rustbolt.

Nightcap appeared in Beware the Bewitching Zombie alongside Green Shadow and Grass Knuckles to stop Immorticia from kidnapping a group of Trick-or-Treaters. They had a fight until the Trick-or-Treaters used toilet paper rolls to help the Plant Heroes defeat Immorticia and her zombie army.

Nightcap can be seen attending the race with other plants in A Fight to the Finish Line.

In When Fungi Attack, while Nightcap was teaching martial arts to the plants in his dojo hut, Super Brainz, Electric Boogaloo, and Professor Brainstorm interrupted the class and had a fight against him. Nightcap managed to defeat Super Brainz and Electric Boogaloo easily with his mushroom team. However, Professor Brainstorm managed to defeat him by using his zapper.

Nightcap's signature ability is Mush-Boom, which he can summon a dragon that deals two damages to a zombie and make a Poison Mushroom on the same lane. His support abilities are More Spore (he can make two Button Mushrooms on random lanes), Whirlwind (he can bounce a random zombie), and Storm Front (all plants get 1 extra strength and health).

Nightcap also knows about martial arts, as seen in When Fungi Attack. 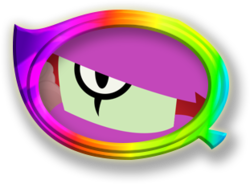 Mush-Boom
Add a photo to this gallery

Retrieved from "https://hero.fandom.com/wiki/Nightcap?oldid=1866247"
Community content is available under CC-BY-SA unless otherwise noted.