Support the Justice League (both succeeded).

Dick Grayson, aka Nightwing, was the first Robin before he developed an independent nature and became the superhero in his own right. He is a major character in Batman: The Animated Series.

He is voiced by Loren Lester.

Together with his parents, Dick Grayson was a circus performer for Haley's Circus. After Haley refused to pay protection money to Tony Zucco, the mobster sabotaged the rig the Flying Graysons were about to use. Dick, and the entire crowd with him, watched as the line broke and his parents fell to their deaths. Dick was taken in by Bruce Wayne, who was present during the fatal show. It wasn't long before Dick struck out in order to find Zucco. In the process, he also found out his guardian was in fact Batman. He became the Dark Knight's sidekick, Robin.

While Grayson attended college at Gotham University, he dated Barbara Gordon but neither was aware of each other's secret identity despite having worked together. Dick eventually retired as Robin and left Gotham after coming to blows with Batman over the Dark Knight's controlling and ruthless behavior and the fact that he knew Barbara's identity and did not tell him. He started travelling the world after leaving Gotham and seeking training similar to Bruce's own. Years later in The New Batman Adventures, Dick returned as Nightwing. While he would still work with Batman and Batgirl, he never fully reconciled with the two. Nightwing does, however, establish a strong working bond with his Robin successor Tim Drake.

Even after Nightwing established himself in Gotham City as a powerful and mysterious force for good, he further showed his independence by moving to Gotham's sister city, Bludhaven. 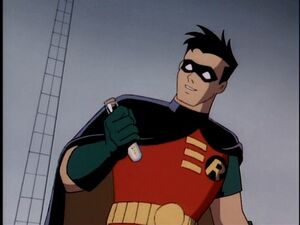 Dick Grayson as Robin in Batman: The Animated Series. 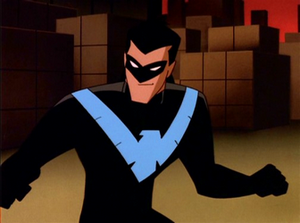 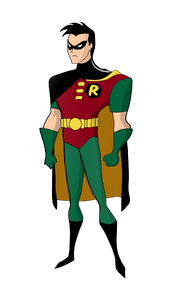 Dick Grayson as Robin in a flashback episode of The New Batman Adventures before eventually quitting as Robin. 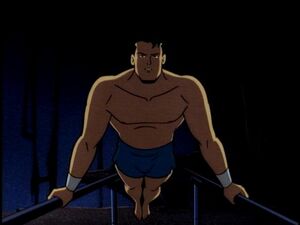 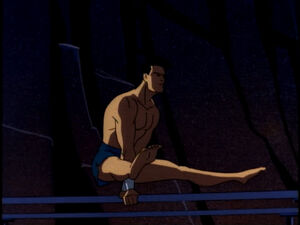 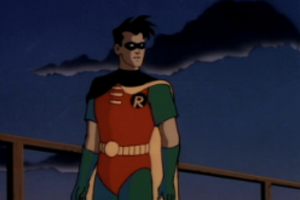 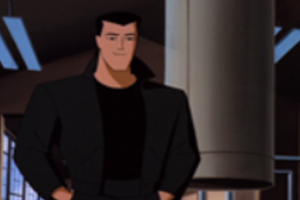 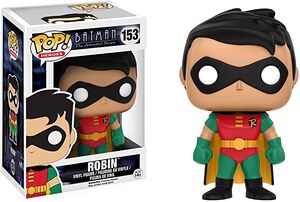