Heroes Wiki
Register
Don't have an account?
Sign In
Advertisement
in: Articles under construction, Mature, Anime Heroes,
and 19 more

Hanging with Noe and her friends.

To be with Noe Oya.

Gentle Giant
Nimi Minimi is a major supporting character in Valkyrie Drive: Mermaid. She is an Extar on Mermaid Island who partners with her girlfriend Noe Oya. Rather than take the shape of a weapon, her Arm form causes her to grow to gigantic sizes.

She is voiced by Minami Takahashi in the Japanese version of the anime, and by Tessa Whitten in the English version.

Nimi is a beautiful girl with short brown hair and she has big breasts. When she's not a giant, she is not very tall as she is barely taller than Mamori.

Nimi is very skittish and nervous. Feeling unsafe unless in the presence of Noe. She is pure of heart and is very close to Noe. When she loses control of her powers and grows uncontrollably, Nimi can become quite destructive and ditzy.

Nimi's Extar abilities is to able to grow large. Nimi can grow larger in any size she wants; like 50ft, 100ft or more. Mimi also has massive super strength in her giant form as she can lift or destroy anything in her path. 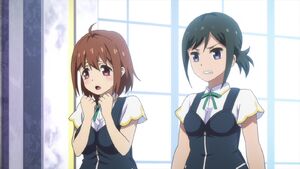 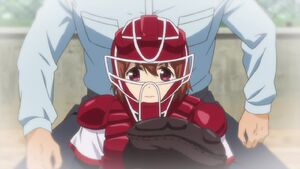 Nimi playing cricket in a flashback. 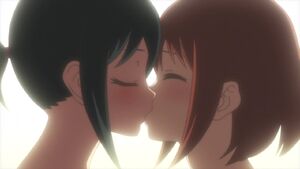 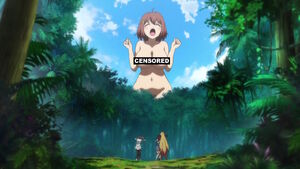 Nimi as a giantess. 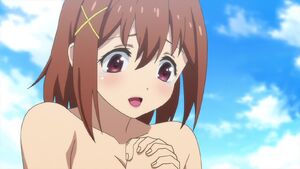 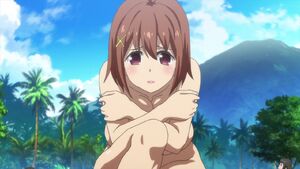 Giantess Nimi getting shy and nervous. 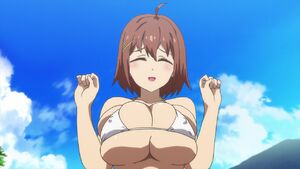 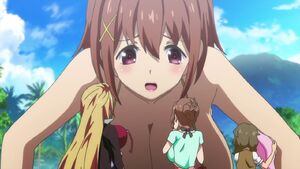 Nimi begging her friends to let her return her thanks. 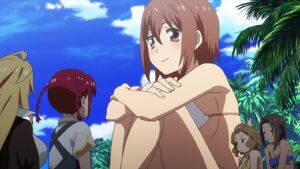 Giantess Nimi hanging out with friends at the beach. 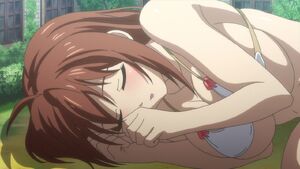 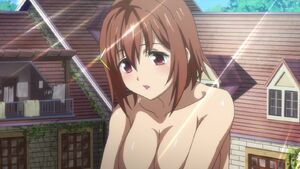 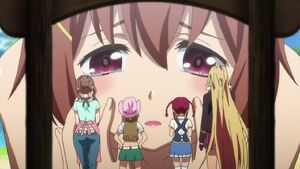 Nimi getting upset and worried. 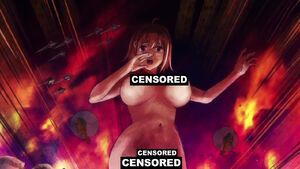 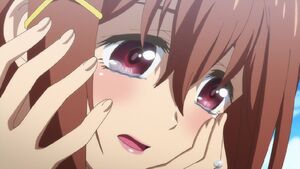 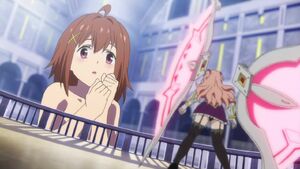 Nimi about to face Charlotte 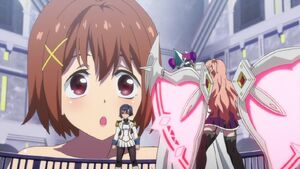 Nimi being protected by Kasumi 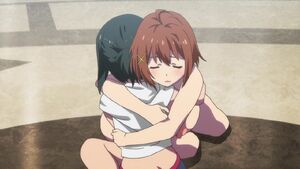 Nimi reunited with Noe and returns to her normal size. 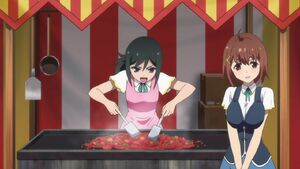 Nimi and Noe making an amazing meal for the girls. 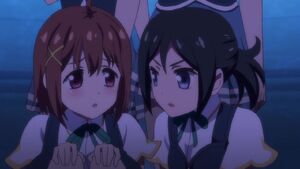 Nimi and noe trapped with all the other girls on the island. 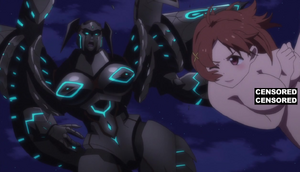