Regain his kingdom back and save the world of Eos (succeeded).

Noctis Lucis Caelum is the playable character and main protagonist of Final Fantasy XV. He is the Crown Prince and heir to the throne of Lucis, the kingdom to have control over the Crystal. Thus, he can wield the power of Lucian kings.

Noctis is a young man with spiky black hair and blue eyes that can glow red. He wears a black jacket with skull-motif buttons and sequenced details on pockets. He keeps it unzipped and the tag on the zipper also has a small skull. Underneath, he wears a steel gray shirt with skull prints. Noctis wears black cropped trousers and black buckled boots with red soles. He also wears a black motorcycle glovelet on his left hand.

As a youth, Noctis had a delicate and boyish appearance with deep blue eyes and bangs.

Though his three companions are not royalty, Noctis usually acts as an equal to them. His royal upbringing shines through however, as reflected in his body language, poise, and posture in contrast to his team. According to Director Hajime Tabata one of his defining aspects is his "sense of ennui". He regularly dozes off; this is present from his early childhood.

Noctis has been described as a complex character who has dealt with a lot of emotional turmoil as his mother died when he was young and his father had to cater to the demands of the kingdom, leaving Noctis feeling alone. Nevertheless, he is not bitter over it, accepting that sacrifices had to be made. Noctis is still trying to figure out who he is, and struggles articulating his feelings. He keeps a lot bottled up, especially with confronting how he feels about his childhood friend Luna. King Regis has noted that Noctis was difficult to control and quite rebellious. When Noctis struggles coping with things he tends to avoid the issue and become even more withdrawn, such as when he avoids his duties and thinking about being the next king in Brotherhood Final Fantasy XV for worry over his father's ailing health. When he acknowledges the situation is bad, his first instinct is to focus on himself rather than the people he's supposed to lead, or even his closest friends.

He enthuses about the things he enjoys, and has a bit of an inflated ego, as noted by Gladiolus. He can be reckless, having to be held back by others, though this does not always stop him. He's playful, especially towards Prompto, his best friend, and is frequently snarky and sarcastic. Near the end of Noctis's journey, his friends note his increased confidence, and he has become more stern and resolute. He has learned to take on the responsibilities of his position, and does so without hesitation.

Noctis dislikes vegetables, much to Ignis' displeasure, who tries to encourage a healthy diet. Noctis and Prompto share a distaste for bugs and a love for animals, especially pets and chocobos. 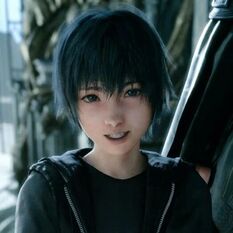 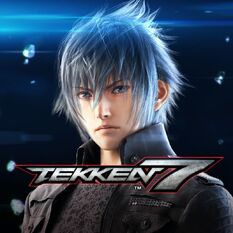