Heroes Wiki
Register
Don't have an account?
Sign In
in: One Piece Heroes, Female, Teenagers,
and 26 more

Nojiko is a character in the anime and manga series, One Piece. She is the adoptive daughter of the late Bell-mère and adoptive older sister of Nami. She is a owner with the tangerine farm at the Cocoyasi Village. She also is the ally at the Straw Hat Pirates while in Arlong Park Arc.

She was voiced by Wakana Yamazaki in the anime series, and Noriko Yoshitake in One Piece: Grand Battle! Rush! in the Japanese version, and by Chio Su-Ping in an alternate English dub by Odex, then formerly by Tiffany Grant, and currently by Jad Saxton in the English dubbed version.

Nojiko is a highly supportive of levelheaded Nami's older sister. She is generous to Genzo, when Nojiko and Nami having seem an father figure. Like her sister, she seen having a real trouble, apparently she had a upset boys. As a older, she become a party responsible from being as well as the others in the island. After time of the years of Arlong's rule, she wants to tries as prevent others for raise up between Arlong when Nami was work into a cowards horror to deal at him. 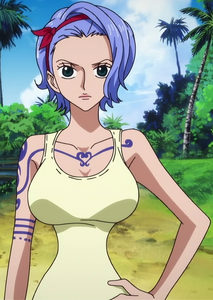 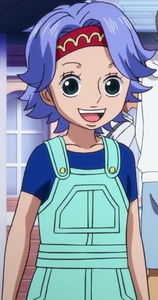 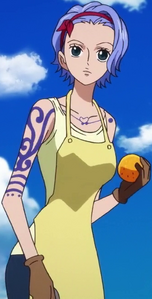