The Nomad of Nowhere

The Nomad
The Knight
The Dreaded Nomad
Stranger
Friend

Protect and help others.
Protect Skout.

The Nomad of Nowhere is the titular main protagonist of the Rooster Teeth animated webseries of the same name. It is a magical nomad that seeks to help and protect those around it, while also avoiding capture by the tyrannical El Rey.

The Nomad was once known as Scarecrow, and was a simple lifeless scarecrow on a farm. However, the farmer was a magic user who used his magic and a special stone to bring the scarecrow to life to be a friend and protector for his daughter Melinda. The scarecrow would often help Melinda hone her own magic skills, but in secret as to avoid the gaze of the king El Rey, who had outlawed magic, and was hunting down all magic users so he could have all magic to himself. However, it was not enough, and El Rey found out about the magic and sent his forces after them. Papa dressed the Scarecrow in armor (making him the Knight), and made it promise to protect Melinda. The Knight agreed and saved Melinda, and papa gave his life to ensure El Rey's armies would not follow.

Though Melinda resented the Knight for not letting her help her father at first, she realized just how much the Knight was committed to caring for her when it saved her from a giant spider. She and the Knight became traveling companions looking out for each other, though Melinda wanted revenge on El Rey and wanted to seek out any surviving magic users to help her. The Knight was against this, and wanted her to stay with it to be safe. However, Melinda decided she could not live hiding anymore, so she used a memory-wiping spell to wipe the Knight's memory of her and go off on her own. The Knight, with no memory or identity, became the Nomad of Nowhere and lived as a secluded hermit.

El Rey, however, did not abandon his search and made the Nomad the most wanted outlaw in Nowhere, not stopping until he claimed his prize.

The Nomad lived in seclusion in a forest in Nowhere, until Toth, Skout, and her Dandy Lions came to find it. Skout discovered the Nomad first, but was unaware that he was the Nomad. When Toth came and pointed it out, the Dandy Lions attacked and began burning the woods. The mercenaries ended up passing out due to the smoke, but the Nomad saved them and fled.

The Nomad attempted to hide in a town called Bliss Hill, but is driven out by the angry and afraid townspeople. However, when a villain known as Ranch Hand arrived looking for the Nomad, he took a young boy hostage until the townspeople told him where the Nomad was. The Nomad returned to fight off Ranch Hand and save the boy, but was again driven out.

The Nomad then stumbled upon a traveling circus, but was attacked and captured by the performers and their corrupt ringleader. Toth and Skout arrive to try and take the Nomad for themselves, but the Nomad escapes and manages to get away while the two opposing sides fight.

Toth and Skout follow the Nomad closely, but he escapes with the help of an Undertaker. However, the Undertaker then betrays the Nomad and locks it up in his cellar, interrogating it as to the secrets of magic so he may perform necromancy. The Nomad manages to escape and fight off the Undertaker, but realizes that there is o safe place for it anymore.

The Nomad escapes through a storm, which sets back his pursuers and ends up injuring Skout. In the storm, the Nomad escapes into an ancient castle, where it is shown visions of El Rey before and during the times he became a tyrannical, genocidal monarch. The Nomad sees that El Rey was once a benevolent ruler, but had his mind corrupted by an ancient crown that turned him into a genocidal totalitarian who killed all of the magic users.

The Nomad flees to Eagle Canyon, where it helps out a giant bird and saves her egg. However, Toth and the Dandy Lions arrive, trying to capture it. Skout comes along (against Toth's orders), but they again fail and the Nomad escapes with help from the bird. Toth, angry, dismisses Skout, who leaves the group and goes her own way.

The Nomad and Skout flee, but the Champion is always close by. Despite being enemies, the Nomad does everything he can to protect Skout, even putting itself in danger for her. The two are again attacked an separated, and the Champion attacks and beats the Nomad. Skout, however, saves it by defeating the Champion, and turns over a new leaf by deciding to work with the Nomad. However, the two are then attacked by rouge Dandy Lions member Red Manuel, who shoots and incapacitates the Nomad and delivers him to Don Paragon.

Paragon gloats over the Nomad, planning a party to celebrate the fugitive's capture. However, when Paragon is distracted, the Nomad manages to burn through its restraints and bring to life water bottles to put itself out before fleeing again. However, this time, it realizes that Skout is in danger and that it was not made to run and hide, but to fight and protect. The Nomad realizes that it cannot run anymore, and goes and crashes Paragon's party, confronting him.

The Nomad uses magic to incapacitate the Dandy Lions, then expose and call out Paragon for his abuse of the townspeople. The townspeople agree and rebel, leaving just Paragon to fight the Nomad. Paragon overpowers the Nomad, and kicks it through a window into the town below. He then commands his archers to set the town on fire so the Nomad cannot escape. The Nomad is cornered by Paragon, who cuts off its leg. The Nomad, however, kicks Paragon and reattaches the leg, then makes armor for itself out of rocks and battles Paragon. Toth arrives to fight them both, and the Nomad uses magic to bring to life a statue and beat them both. Skout manages to escape and break the Oasis' dam, putting out the fires. She saves the Nomad from the wave, but the two are chased own by Toth. Skout stands in between Toth and the Nomad and begs Toth to stop. Toth hesitates, but throws her axe at them anyway. The Nomad saves Skout by bringing a statue to life to block the axe, then swat Toth away. Skout then realizes that Toth does not care about her anymore and the two are now enemies. She escapes the Oasis with the Nomad and decides that the two should part ways. The Nomad, however, sticks with her and shakes her hand, making them friends and partners.

The Nomad is selfless, pure, helpful, and kind. It only seeks to help people, even if they have wronged it. Helping others is one of the major functions it was created for, and is the only thing that it really desires to do. However, because of its falsified villainous image, it is constantly forced to flee or fight back, which makes it sad and lonely. 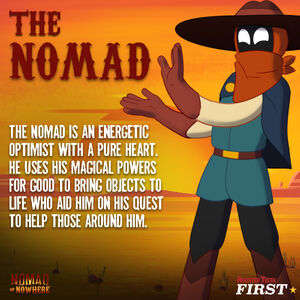 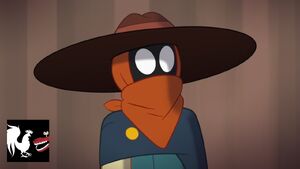 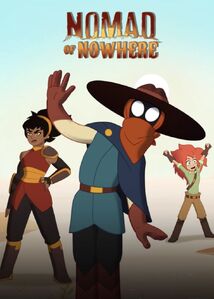 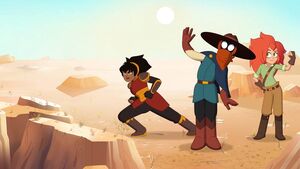 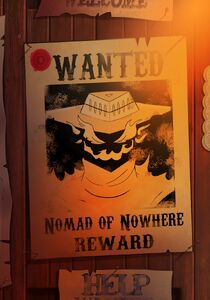 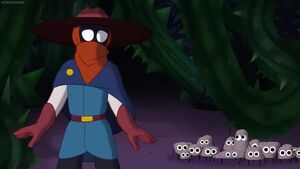 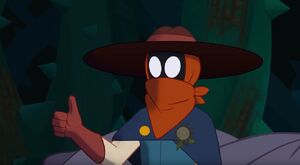 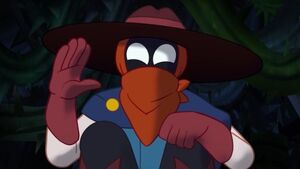 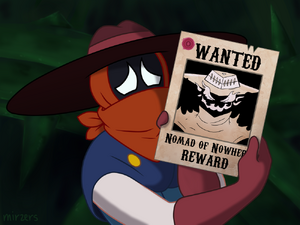 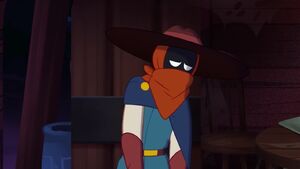 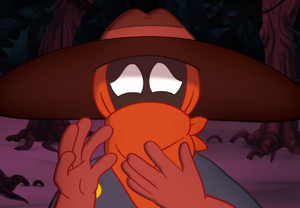 Retrieved from "https://hero.fandom.com/wiki/Nomad_of_Nowhere?oldid=1939323"
Community content is available under CC-BY-SA unless otherwise noted.